Home Unlabelled Will Apple's supply chain be able to sustain demand for smartwatch?

Will Apple's supply chain be able to sustain demand for smartwatch? 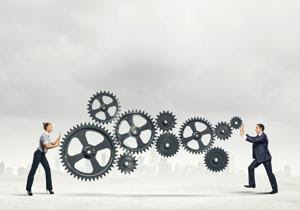 One particular issue that recently received a lot of attention from procurement management experts is involved the setbacks Apple encountered in regard to its supply chain.

First, the hardware developer's suppliers experienced a problem in which the iPhone 6 and iPhone 6 Plus failed to emit the appropriate amount of light. Then, after the two smartphones were released, Apple customers discovered the devices were bending in their pockets.

Now, according to Manufacturing Business Technology contributor Paul Noël, Apple is finding its partners aren't producing the iPhone 6 and iPhone 6 Plus in tandem with consumer demand, resulting in shortages across the board. With this factor considered, it can be concluded that Apple is facing two central problems:

With respect to both points, it may benefit Apple to consider the benefits of business process outsourcing to conduct a thorough review of the enterprise's supply chain. Such companies can serve as quality control experts, as well as investigators that can identify which partners are unintentionally causing shortages to occur.

Ready for a new device?

Amid these concerns are tangible signs that Apple is preparing to unveil new products within the next three to four months, and the hardware developer's manufacturing partners are gearing up. Apple Insider noted the company's chip suppliers are preparing to initially turn out 30 million to 40 million Apple Watches. The source noted the following supply-related concerns:

Apple Insider acknowledged recent rumors that Apple Watch will debut on Feb. 14 of next year, but this estimate has largely been regarded as speculation. As one can see, a fair number of components are categorized as being the "latest and greatest," which means that Apple's supply chain may be sacrificing quality control to ensure the device functions adequately, as opposed to optimally.

In order to avoid future shortages, Noël recommended that Apple diversify its supplier portfolio, alleviating primary partners of production demands that, in some cases, are unrealistic. According to Noël, one of the reasons why the iPhone 5S and 5C didn't encounter the deficit woes associated with the latest iPhone releases is that Apple used two different manufacturers, Foxconn and Pegatron, to handle the assembly of the 5S and 5C respectively.

Now, Foxconn is handling much of the iPhone 6's production on top of managing all of the manufacturing needs of the iPhone 6 Plus. Alleviating some of the pressure on Foxconn will mitigate the shortage issues with which Apple is currently contending. As far as quality assurance goes, it's best if Apple sends development professionals to manufacturing.