Home Unlabelled Could the US be at the helm of the next industrial revolution?

Could the US be at the helm of the next industrial revolution? 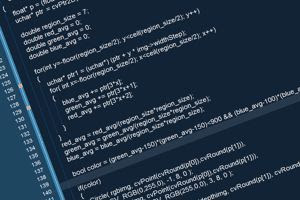 Given the advent of the Internet of Things, personalization and an overall need to reduce distribution risk, procurement officers aren't necessarily crossing off reshoring as an option.

In fact, many analysts would assert that the U.S. and the global manufacturing industry as a whole is due for an industrial revolution. To some, what the new age of production will look like is somewhat of a mystery. Will factories be completely devoid of human labor? Is a new form of "raw" materials to be established? How can artificial intelligence contribute to future development?

A need for ascension

There's no doubt that globalization transformed the conventional supply chain model. Instead of purchasing materials produced at factories distributed across North America, sourcing specialists were obligated to set up logistics models that included overseas manufacturing facilities, oceanic shipping companies and hundreds of partners.

These types of operations have made spend management and other tasks associated with procurement much more complex. They inherently carry risks that can obstruct or delay shipments and even result in criminal investigations.

MAPI Director of Economic Studies Cliff Waldman wrote a piece detailing what the "new factory" will look like in the near future and beyond. He maintained the aforementioned factors, in addition to the ubiquitous need to lower the costs with which goods are produced, have incited a need for an industrial revolution. It's more convenient for a U.S. company to source items that are produced domestically for a few reasons, such as:

Technology to be a main driver

In order for reshoring to become a reality, U.S. manufacturers will not only have integrate technology into existing processes, but make it the basis of the way in which goods are fabricated. While advanced machinery and robotics is certainly a part of this revolution, professionals such as Accenture Strategy Managing Director and IndustryWeek contributor Cv Ramachandran maintained that software is going to be essential for the success of U.S. manufacturing.

Although there are many dimensions to production's use of applications, there are two ways in which digital assets will be leveraged to further the industry's progression:

What's preventing the U.S. manufacturing economy from jumping feet first into this digital environment? A skills shortage. Ramachandran noted a survey conducted by The Manufacturing Institute, which found 60 percent of the 300 surveyed U.S. fabrication leaders asserted trying to find the appropriate people to fill essential positions was difficult.

To allay the severity of this situation, it's possible that U.S. production companies may find the required talent through vendors, but a need for permanent personnel will persist nonetheless. As such, industrialists should increase efforts to attract college students and recent graduates.