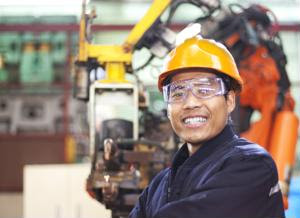 When it comes to finding personnel with the skills needed to keep state-of-the-art manufacturing plants operating effectively, strategic sourcing specialists should direct their focus toward hiring the young.

This, of course, is easier said than done. However, industry-wide concerns about a growing labor shortage have caused many private enterprises to take their own initiatives, implementing in-house education programs. In addition, public school systems are taking note of the troubles the production economy is facing.

Gearing up for a bountiful career

It's quite possible that one of the reasons why manufacturers have failed to attract young individuals into taking up the trade is that many people entering the workforce perceive factory jobs as low-paying. However, USA Today noted that machinists and other specialists focusing on production equipment, development and maintenance earn upward of $80,000 annually.

Those are the kinds of positions Wheeling High School in Illinois are preparing its students to fill. The source noted the institution has offered production economy training to pupils for six years. Wheeling High is a member of Project Lead the Way, which designs curricula for schools providing manufacturing training to enrollees.

Project Lead the Way was implemented in response to the hundreds of thousands of positions U.S. manufacturers are working assiduously to fill. Manufacturing Institute Vice President Gardner Carrick noted this and other programs work against the popular concept that manufacturing provides people with no career advancement, and is associated with dirty, arduous work.

In contrast to this perception, Carrick maintained that modern production jobs are of a different ilk, asserting that today's professionals are "working with computers and robots that are doing what you used to do by hand," he told USA Today.

Capitalizing on a convenient location

IndustryWeek referenced a three-year, $32 million investment by General Electric that will be put toward constructing an advanced manufacturing facility minutes outside of Pittsburgh, Pennsylvania. The finished building will employ 50 positions requiring knowledge of high-tech engineering technologies. GE stated its hope that graduates of local colleges and universities will find work there.

"It is how we will compete and win in the future," said GE Vice Chairman Dan Heintzelman, as quoted by the source. "We can more efficiently invent and build products for our customers, while driving better margins for our investors."

Commitments such as GE's position the U.S. to be a viable manufacturing competitor.