Home Unlabelled Does it make sense to procure 3D printers?

Does it make sense to procure 3D printers? 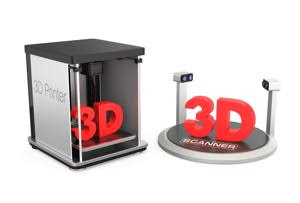 Although the technology has been around for about three decades, 3D printing technology didn't step into the limelight until recently.

Consistent investment in the sector has caused organizations to leverage additive manufacturing to make particular materials. While many creations are quite impressive, the time it takes to print certain goods is causing procurement management firms working for production companies to refrain from purchasing 3D printers.

Adding metal to the mix

For a while, 3D printers were only capable of using plastic filament, but recent techniques have made it feasible to leverage substances such as titanium, steel, aluminum and copper - some of the most popular materials used in manufacturing.

Dave Greenfield, a contributor to Automation World, noted Alex Chausovky's estimate that industrial machinery will be dramatically impacted by 3D printing. This sector could give additive manufacturing the investment boost that it needs to really take off, as production implementations account for $1.6 trillion of total global spending on industrial goods.

The real benefits of 3D printing lie in how quickly complex items can be created. Think of the implications it will have for the automotive industry, for example. Traditional manufacturing techniques require enterprises participating in this sector to procure thousands of individual parts, some of which are assembled to make larger components. Being able to create these cohesive parts in one step is an attractive concept.

"We're on the cusp of seeing new ways to produce motors, using [fused deposition modeling] versus lamination," said Chausovksy, as quoted by Greenfield. "Leading motor manufacturers are experimenting with this now."

This process is made possible by the manner in which metals are used in 3D printing. Lasers are positioned at the printing head to set layers of powered metal into a digital mold. Aerospace producer Pratt & Whitney recently developed the PurePowerPw1500G engine by assembling parts fabricated in this manner. first engine of its kind, it uses a unique cooling system that allows the turbines to operate at higher speeds than conventional turbofans. Best of all, it uses 16 percent less fuel than traditional engines.

Purchasing officers would ask P&W one question: "Can the process sustain order fulfillment requests?" Phillips acknowledged that P&W has received more than 5,000 engine orders since the product was unveiled.