Home Unlabelled The importance of being honest: Routing out bribery in procurement

The importance of being honest: Routing out bribery in procurement 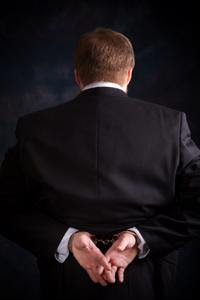 It's unfortunate when it occurs, but bribery can severely damage an organization's reputation among both businesses and consumers.

Such unfavorable behavior typically occurs at the request for proposal or procurement stages, consisting of sourcing agents attempting to subvert customs standards, professionals looking to win profitable contracts or a wide host of other scenarios. For this reason, many organizations are working with purchasing management specialists that abide by international bribery laws and scrutinize trade relationships throughout company supply chains.

The price of information

The thing is, bribery isn't necessarily black and white - it can be incredibly difficult to identify such activity when occurs. One particular incident involved an ex-Boeing procurement officer, 48-year-old Deon Anderson, providing private data regarding a competitor's bidding and historical prices to proprietors of three Boeing subcontractors in exchange for money, according to the St. Louis Business Journal.

Overall, Anderson pleaded guilty in June to three counts of mail fraud, one count of wire fraud and one count of currency structuring. He is due to spend 20 months in prison. The news source acknowledged that Anderson also partook in a bribery scheme involving Boeing military aircraft parts and attempted to hide this transaction by concealing his receipt of the cash bribes in financial reports.

This particular case shows the importance of protecting the integrity of confidential information. Businesses value intelligence, and some practitioners are willing to disacknowledge what's right to obtain it.

Giving in to the rules of the law

More often than not, when substantial proof is given that fraud or bribery has been committed, organizations are willing to settle up. IndustryWeek noted Bio-Rad Technology, a procurer of hospital diagnostic equipment, decided to pay $55 million to the U.S. Justice Department and the Securities and Exchange Commission as a settlement.

"Bio-Rad managers repeatedly ignored various red flags indicating that the Russian agents were likely bribing government officials, and they condoned an atmosphere of secrecy," said the SEC in a statement, as quoted by the source.

On top of these charges, Bio-Rad SNC was accused of leveraging Vietnamese and Thai intermediaries to win contracts through bribery and illicit commissions. All in all, the enterprise paid nearly $7.5 million in bribes over the course of five years, earning $35 million as a result of those deals.