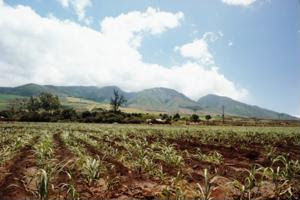 Soft drinks don't necessarily have the best reputations among health enthusiasts, and beverage giant Coca-Cola is recognizing this fact.

For the past couple of decades, high-fructose corn syrup has been the sweetener of choice among Coca-Cola's procurement management team. The United States Department of Agriculture's Economic Research Service identified the U.S. as one of the largest producers of HFCS, with production increasing from 2.2 million short tons per year in 1980 to 9.2 million tons annually in the 2000s.

Essentially, this means that Coca-Cola plants located in the U.S. were able to receive the raw materials needed to produce certain beverages more quickly, although this proximity only applies to factories located domestically (Coca-Cola has facilities distributed throughout the globe).

Given the fact that Coca-Cola's holistic operation stretches throughout many parts of the world, it can be assumed that the company is setting up manufacturing plants in nations located relatively close to where other sweeteners are grown. The less time it takes for sugar cane to be delivered to processing plants, the less risks persist throughout the supply chain.

Morals in the right place

Coca-Cola is a prime example of a company that partakes in global sourcing. With this practice comes intense scrutiny from consumers, journalists and even competitors. It only takes one report that details worker abuse in an overseas factory to permanently tarnish a brand's reputation.

To the enterprise's benefit, Coca-Cola has made tangible commitments to provide its indirect and direct suppliers with the treatment they deserve. Last year, the beverage company announced the implementation of a comprehensive action plan to defend the "land rights of farmers and communities in the world's top sugarcane-producing regions."

"Our company does not typically purchase ingredients directly from farms, nor are we owners of sugar farms or plantations, but as a major buyer of several agricultural ingredients, we acknowledge our responsibility to take action and use our influence to help protect the land rights of local communities," said Coca-Cola's Director of Global Workplace Rights Ed Potter.

Overall, the company is employing transparency in order to allay concerns expressed by consumers and businesses alike.