Is Brazil a low-cost manufacturing economy? 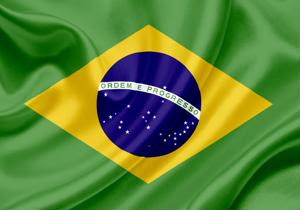 For those with no experience in spend analysis, it's easy to assume that Brazil's manufacturing economy is an affordable alternative to the Asia-Pacific sector simply because the nation lies in the heart of South America.

However, as any experienced procurement officer would tell you, the situation is much more complex than that. Sourcing from Brazil has its benefits and drawbacks, advantages and risks. In this respect, providing a definitive "yes" or "no" answer to the question "Is Brazil a low-cost manufacturing economy?" is somewhat inappropriate.

Given insights from Deloitte's 2012 report regarding the Brazilian manufacturing sector, many foreign investors pay close attention to the nation's poor infrastructure, low-skilled labor and a tangle of complicated corporate tax laws that often cause potential partners to refrain from establishing relationships with Brazilian suppliers.

One of the biggest issues hindering the Brazilian economy is a perceived lack of sustainability. Spend management professionals are often wary of manufacturers that fail to use the resources available to them in an optimal manner. Deloitte Manufacturing Global Leader Tim Hanley noted enterprises are leveraging new mobility strategies and technologies to both satisfy contemporary consumption patterns and significantly reduced waste. The general consensus among Deloitte analysts is that Brazilian industrialists have failed to catch on to the trend.

How can these issues be fixed?

Foreign Policy contributors Joshua Kempf and Mark Kennedy conducted a brief analysis of Brazil's current challenges. While infrastructure, health care and education are all issues economists are quick to identify, it's evident that the nation's leaders need to make key reforms to position Brazil as a viable nearshore competitor:

Finally, import fees need to be drastically reduced. Kennedy and Kempf acknowledged that a vending machine that costs $8,000 in the U.S. costs $20,000 in Brazil after taxes and port levees. This makes goods more expensive for consumers, causing them to refrain from participating in the economy.