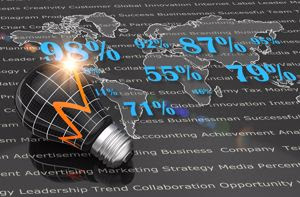 The technology and energy industries will likely be profoundly affected by agreements between the U.S. and China.

The manner in which enterprises participate in global sourcing is partially dictated by relationships between the nations they're based in. As China and U.S. are two of the world's largest economies, it makes sense for their leaders to collaborate for the benefit of both nations.

For the benefit of technology

Marley Jay, a business writer for The Associated Press, acknowledged a trade agreement between China and the U.S. that could abolish tariffs on $1 trillion in global purchases of semiconductors, MRI machines, GPS devices, printer ink cartridges and other high-tech goods. Jay noted that U.S. President Obama traveled to Beijing for the Asia-Pacific Economic Cooperation Summit, at which he and Chinese leaders discussed the expansion of the Information Technology Agreement of 1996.

The ITA prohibits tariffs on IT products, as they provide domestic items a price advantage over imported counterparts. Although the agreement wasn't finalized, it's expected the accord will officially be implemented at the World Trade Organization congregation, which will take place in Geneva later this year.

In light of this development, purchasing management professionals working at major tech companies will be able to establish relationships with manufacturers that produce higher-end, more expensive materials, because they won't have to consider the tariffs associated with procuring IT goods.

Commitment to the environment

The U.S. and Chinese economies are bound to feel the impact of emissions agreements between the two nations. The Washington Post maintained the plan states that the U.S. will double the pace of its carbon reduction initiatives before 2025, reducing levels to 28 percent below 2005 output.

In turn, China will put a cap on its carbon dioxide emissions sometime around 2030. The nation will cease its rising emissions production by increasing investment in nuclear, hydroelectric, wind and solar energy, which currently accounts for 20 percent of its total power usage.

What are the implications for procurement officers working in the energy sector? The prospect of carbon taxes has been discussed among both Chinese and U.S. lawmakers, requiring those concerned with spend management to deduce how these mandates will impact corporate budgets. In turn, these analysts may advice their employers to take advantage of federal subsidies provided to enterprises that make tangible investments in renewable energy.