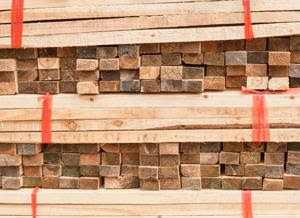 The Bureau of Labor Statistics' (BLS) Producer Price Index report said this decline marks the second consecutive month producer prices for finished goods ticked -0.1 percent in September. Year-over-year, producer prices increased 0.3 percent in October, which is still lower than the annual rate of core inflation - remaining at 1.4 percent since September. With the latest report from BLS showing inflation as unchanged, this could show the Federal Reserve it could hold off on its plans to slow down government bond purchases, which serve to stimulate the economy and put downward pressure on interest rates.

While raw material costs decreased 0.7 percent in October, some segments reported rising prices year-over-year, according to the BLS. These sectors include the plastics and rubber industry with a 2.2 percent increase and leather and allied products with 3.5 percent.

A major factor in the second straight drop in producer prices is lowered energy costs. The price of finished goods decreased 1.5 percent in October and gasoline prices declined 3.8 percent.

Companies that improve the energy efficiency of their operations can greatly reduce manufacturing costs. For example, the U.S. wood products industry reported a jump of 6.7 percent in raw materials costs year-over-year, however, companies in this sector could cut their overall business costs by implementing energy conservation and efficiency initiatives.

Canadian wood products manufacturer Tolko Industries, maker of lumber, paper and other goods, developed a plan to save on energy costs, which included hiring an energy manager, the Vancouver Sun reported.

"In the wood products industry, you're making a lot of commodity products," Towers told the Vancouver Sun. "You're taking the price of the market for your products, so the way to be more competitive is to reduce manufacturing costs."

Tolko Industries replaced older machinery with more energy efficient ones as part of the company's project to boost energy savings, which amounted to over $500,000 after cutting its energy usage by 10 gigawatt hours annually.

"It's very helpful to have someone in place who can identify opportunities, monitor and report energy use, and share best practices between operating facilities," Towers said. "Having an energy manager ensures we have a robust program and allows our managers and employees to focus on running the day-to-day business operations."