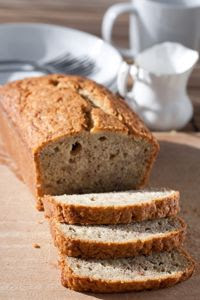 The North American packaging market is projected to increase an average of 1.4 percent each year to reach $186 billion by 2017, according to Packaging Digest.
In a study by Smithers Pira, the packaging research firm said while the packaging industry in North America is showing consistent growth since decreasing in 2009, these gains are expected to be modest as it faces new challenges.
In 2011, paperboard had the largest market share with a total of 33.7 percent and packaging materials in this sector are supposed to be the fastest growing. Corrugated packaging expanded by 4.7 percent in 2011 and had the most board sales at 64.3 percent. Rigid plastic packaging will continue to grow with an average of 2.6 percent per year and will be worth $433.5 billion in 2017. Polyethylene (PE) and polyethylene terephthalate (PET) plastics are expected to be the dominant materials used for manufacturing.
With industrial sectors making a recovery, the rate of expansion in industrial packaging is expected to be roughly equal as the overall North American packaging market. Industrial packaging is set to rise an average of 1.2 percent each year to reach $62.5 million by 2017.
Plastic packaging slows food spoilage

New innovations in plastics are also set to change retail buying and packaging and could even help companies reduce business costs. Pharmaceutical company Janssen has collaborated with plastics manufacturer Symphony Environmental to create a new type of plastic that helps preserve food to prevent them from spoiling sooner so companies and consumers do not have to waste food, according to the Telegraph.
"We have come up with a way of making plastic that is antimicrobial and can be used in food wrapping," Michael Stephen, director of Symphony Environmental, told the Telegraph. "We've done a lot of tests on food packaging and it has been shown to reduce the mold that grows on both bread and cheese."
Stephen also plans to use this technology beyond food packaging for applications for water infrastructure and even clothes.
"Initially we anticipate it being used in pipes, door handles and hand rails on the tube, for example, to help reduce the spread of bacteria," Stephen said.
The packaging technology made by Janseen and Symphony has chemicals that have antibacterial and antifungal properties to fight bacteria that causes food poisoning - including E. coli and Salmonella - and fungus that causes food to rot.
Stephens said the plastics technology can be incorporated into clothes to prevent bacteria from causing the clothes to smell.