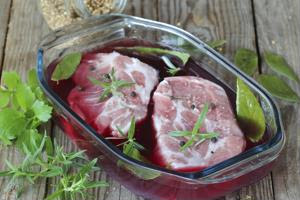 As part of their risk management procedures, businesses must be able to monitor the activity of suppliers because they have a hand in affecting the quality of their products. Proper supply management could have prevented horse meat scandals involving misrepresented meat, which are raising consumer concerns over in Europe and alarming food safety regulators, according to Retail Week.

Food products manufactured in Romania and sold to value chains owned by TJ Morris in January 2013 were found to have horse meat, the Food Standards Agency said. Food labeled as "Food Hall Sliced Beef in Rich Gravy" had horse DNA amounting to 1 percent to 5 percent of the product. Lincolnshire County Council discovered the horse meat during routine testing, but the products did not indicate the presence of the veterinary drug Bute. The products have since been recalled.

"The affected batch has been withdrawn from sale," the FSA said. "If you have this product stored you are advised to return it to where you bought it."

When customers are misled about what is actually in their food, they tend to view the food industry as being untrustworthy, according to Food Safety Magazine.

As word spread supermarket brands like Tesco and Aldi sold horse meat as a substitute for beef, consumers are becoming concerned about their food. Food Safety Magazine recommends companies have a written food safety management system established that lists suppliers and hygienic practices, including a cleaning schedule. If food companies do not keep a close eye on all aspects of their production, they could face profit losses.

Nestle shut down its frozen meals plant in Paris as a consequence of a "Europe-wide scandal" involving horse meat, Reuters reported. French consumers are rejecting ready meals after stories of horse meat being sold as beef in Irish and British supermarkets made headlines. Raut said more consumers are buying fresh food or lower priced preserves in the French market instead of ready meals.

"The closure is a direct consequence of the horse​ meat crisis," a Nestle France spokeswoman told Reuters. "In supermarkets, ready-meal aisles were deserted ... It's what you call collateral damage."

Right after the scandal, ready meals sales dropped 40 percent and sales have decreased by a quarter compared to a year ago, making their products unprofitable. Nestle Plant Director Patrice Raut said 165 jobs will be cut from the plant, but employees will have the choice between severance packages or new jobs at an ice cream factory.