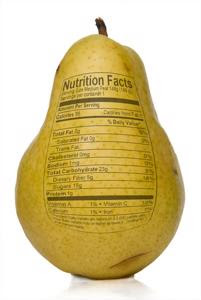 The food industry should be on the look out for a shift in the consumer product market for food as more customers become concerned about ingredients, Food Business News reported.

In response to the growing number of consumers and consumer advocate groups who are worried about the ingredients found in food and beverage company products, industry leaders are starting to take action in educating their customers.

Lori Colman, the co-chief executive officer of CBD Marketing, said 40 percent of the consumer population is concerned about food and 22 percent discuss topics on food.

"They are action oriented and they are out to impact the way food is raised, grown, packaged and sold," Colman said, according to Food Business News. "The group also generates 1.7 billion conversations about food each week."

​Kantha Shelke, a principal at food science and research firm Corvus Blue, said consumer beliefs are changing the market. Shelke said food companies should evaluate how they inform their consumers about their ingredients. She said customers are highly interested in controlling what is in their food and in understanding what is in product ingredients.

Colman said companies need to know whether the ingredients they use might be harmful for consumers. This includes ingredients that may be prohibited in other countries or if they are known allergens.

The role of market research can also play an important part in determining whether customers are worried about the ingredients food and beverage companies may have incorporated into their products. A great source of information could be found on social media to know whether products are being discussed on this popular platform.

In addition to consumer hyper-awareness for ingredients, the food industry should also be aware of labeling challenges and potential lawsuits stemming from this issue, TheStreet reported.

Companies such as Monsanto and Kellogg are working to change food labeling laws as more food firms are being challenged in court over their labeling practices. A lawsuit against Campbell's involve products that are deemed "natural" when they may include ingredients that were genetically modified is one such case. While Campbell's has tried to have the lawsuit dismissed, U.S. District Court Judge William Dimitrouleas disagreed, saying the Food and Drug Administration and U.S.  Department of Agriculture were aware of Campbell's soup's genetically modified ingredients.

With consumers willing to challenge food companies in courts over their ingredients, firms are more likely to grow more careful regarding their sourcing practices.