Home Unlabelled Mass. ranked as most energy-efficient state by ACEEE

Mass. ranked as most energy-efficient state by ACEEE 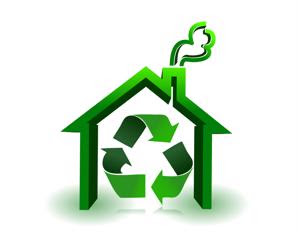 One of the best ways to reduce operating costs of a business is through less energy waste and consumption, which is why states across the U.S. are boosting energy efficiency through rules and regulations. For the third year in a row, Massachusetts was at the top of the list for the most energy-efficient state, according to the American Council for an Energy-Efficient Economy (ACEEE). The ACEEE's recently released 2013 State Scorecard ranks states based on their energy efficiency policies and programs. The states that rounded out the top three after Massachusetts were California and New York. States that improved their energy efficiency benchmarks the most in 2013 included Maine, Kansas and Ohio.
"Energy efficiency is a critical tool for cutting harmful carbon emissions and the best way to reduce energy bills for America's families," said U.S. Department of Energy (DOE) Secretary Ernest Moniz. "We applaud the continued progress in energy efficiency nationwide and stand ready to help states as they make their communities cleaner and more sustainable, while saving taxpayer dollars and fostering greater economic growth."
The ACEEE praised Massachusetts for its Green Communities Act, enacted in 2008, which includes extensive requirements such as having utilities boost their investments in energy efficiency initiatives to lower energy consumption and save customers money. The act also has a goal of generating 15 percent of utilities' electricity from renewable sources by 2020.
California investing in more solar projects

The ACEEE recognized California for its efforts to reduce its greenhouse gas emissions, which helped it land the No. 2 spot.
Recently, the DOE gave California $1.3 million towards a major solar energy installation project, according to the California Center for Sustainable Energy (CCSE).
The funds come from the DOE's SunShot Initiative Rooftop Solar Challenge II, which aims to increase the amount of solar photovoltaic (PV) energy systems. The CCSE project has the potential to reduce costs of solar installations for organizations across California, including municipalities, utilities and contractors.
"Our standards alone have helped save ratepayers more than $75 billion since 1975, grown California's economy with local jobs, and protected our climate by reducing carbon emissions," California Energy Commissioner Andrew McAllister said in a statement.
By promoting energy efficiency, states are able to experience cost savings and advance technological innovation. In order to increase energy efficiency, states focus not only on utility regulations but also building energy codes, which Washington and Rhode Island are working to improve through LEED procurement and other methods.