The Strategic Sourceror on Friday, May 26, 2017 Procurement News, 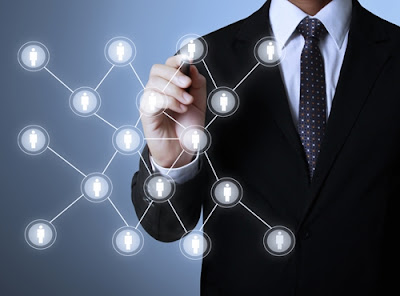 Applying analytics and smart technology to procurement is a clear way for the industry to evolve, and major computing businesses are working toward this goal. Incorporating the power of sufficient processors and big data could help companies focus on transparency, effective improvement and other modernization issues, all in the name of better efficiency.

In that light, an announcement involving two computing giants working together on procurement could be another sign of new technology supporting the systems needed for future work. In that spirit, IBM announced an alliance that looks to help the industry save money and work faster, thanks to automation and prediction.

A procurement project
IBM's Watson and SAP Leonardo and Ariba will all contribute to a platform that leads to more intelligent operations, IBM said in a press release. According to this statement, the combined power of these two systems would also help companies prepare for the future using benchmarking data and supplier insights.

The president of SAP Ariba, Alex Altzberger, also commented on this in the same statement, citing what both participants could bring to the table by working together and calling the development "a major milestone".

"With the deep horizontal integration capabilities native within SAP Ariba's mature platform and the innovative capabilities of SAP Leonardo and IBM Watson delivered by the industry's most experienced and trusted providers, companies can realize an even more intelligent source-to-settle process for managing all categories of spend that creates value across the entire business," he said.

It's worth noting that SAP Leonardo has been part of other projects dealing with new technology trends and their potential. In January, SAP announced Leonardo as an Internet of Things portfolio, indicating a possible focus on the future of newly connected devices. Deliberately attaching this to procurement may be a sign that this sector could benefit from it.


" In January, SAP announced Leonardo as an Internet of Things portfolio."
Automation and prediction
Though it's still in development, a key feature of this collaboration seems to be using smart artificial systems to "fill in the gaps" of potentially tedious operations and help users see their best move for the future.
Concerns about AI and cloud security are likely to persist despite these advances, but the strategic use of automation does suggest a more realistic mode for companies to follow, with only certain elements of planning falling to these new intelligent systems.

An Information Age piece sourced from a different SAP Ariba employee, Dr. Marcell Vollmer, said that automation is set to "eliminate mundane tasks" instead of replacing the role of humans outright, and that it will also require new data-related roles for employees to fill.

Machine learning
Automation increasingly begs to be seen in relation to other features. An Industry Week interview with SAP SO co-founder Hasso Plattner, taken from a recent news conference, hinting at the role of voice recognition and security along with automation. Plattner also seems to believe that human input will never fully leave the enterprise.

So many factors can influence a company's bottom line that spend management has to change to keep up.
Procurement News