Home Procurement News An anatomy of shipping delays, from China to Maine

An anatomy of shipping delays, from China to Maine

The Strategic Sourceror on Friday, May 12, 2017 Procurement News, 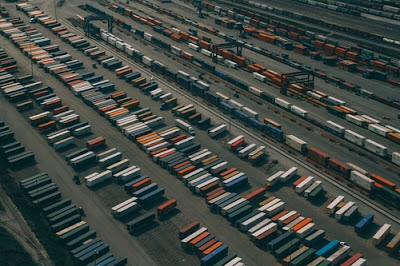 Normally, alliances and mergers are meant (theoretically) to make business easier. However, a major shipping agreement seems to have led to traffic at Chinese ports. Businesses can learn about the repercussions from decisions by watching the aftermath.

Yangshan, Qingdao and Nibo
According to Supply Chain Dive, the ports in these three locations are all experiencing stalls, posing possible hiccups to the supply processes. The source said that this intense traffic stems from problems accommodating large ships at these locations, perhaps as a result of new relationships between shipping companies. The knowledge that this might spread can also put businesses on alert for other issues that could come about soon.

Produce Report mentioned some of the factors adding to this intense congestion, which has caused delays for shippers. Part of the problem may come from the unfinished construction work, at least at Yangshan. In addition to the mismatch with the latest ships, this shows the price that updating and encouraging development may bring with it.

The different companies involved with this issue seem to be trying to stem some of the damage. Reuters quoted an unnamed Maersk Line spokeswoman, who said that the company was committing to helping out with local recovery efforts to perhaps offset some of the consequences.

"We are closely working with Chinese ports to address any operational challenges, and we have been able to maintain a very constructive dialogue with our terminal partners," she said.

Another example comes from Maine's famous clothing company L.L. Bean. The Portland Press Herald recently reported on setbacks that added as much as a week to customer orders. A representative named Carolyn Beem said that the issue hasn't affected every single order, but it still represents a hurdle and a possible PR issue.

Especially notable is the fact that an upgrade to order systems was the alleged reason behind the delay, leaving L.L. Bean to restore the previous level of service while ensuring the new features work properly. To apologize, the company reportedly offered a discount to affected customers to make up for the disruption.

Environmental concerns
If it's not the systems in use, a shipping delay could stem from the route and the environment around it. Splash 24/7's take on the Chinese port stalls referenced notes of weather problems. Aside from the literal environment, there's also the structure of the manmade locks and channels around the ports in question. Will the way the port is set up naturally discourage ships from passing through in some conditions?