The Strategic Sourceror on Tuesday, May 02, 2017 Procurement News, 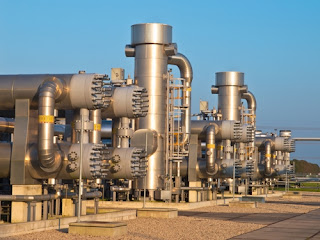 Making a sustainable supply chain will look different for every company, and some changes may be more feasible than others. One approach has been making the raw materials themselves more efficient, a strategy that can lead to two different forms of the same principle: renewables and recyclables. Let's look at major examples of each and see how they differ for major efforts.

To start, it's important to know the difference between these two categories, which is fortunately fairly simple. A recyclable resource can be re-used once it's treated a certain way, while a renewable resource will never really run out (or is self-replenishing somehow). While you can recycle plastic to use it again, for example, solar energy is always there, and therefore renewable each time you need to use it.

Keeping this in mind, we can look closer at the ways raw materials can play into recycling.

Apple's long game
There's obviously a lot of information out there about recycling, but it can be a disruptive practice. Though it could make more sense in the long run, the transition can require care and cost management, and even a company as big as Apple can be unsure of how to proceed.

Apple recently made its agenda known through its 2016 Fiscal Year Environmental Sustainability Report. Though there was a keen focus on moving to renewable energy, the source also mentioned recyclable materials as a way to cut down on waste.

This may be lower than the FY2013 rate, which was more than 70 percent, but still showed a comeback from the FY2015 rate. As with other areas, the company has big plans for this approach, putting an emphasis on reaching 100 percent recyclable materials for packaging.

Ford dedicates to green business
Being renewable doesn't just mean drawing from the sun and the wind. It also can involve materials that are organic, easy to grow efficiently and adaptable to different purposes. Because this can manifest itself in small ways, the ultimate benefit could spread throughout the entire production process for all of the units made.

Ford is committing itself to this goal, according to Triple Pundit. The source said that the automaker has had to make adjustments to reuse aluminum in its vehicles more effectively. It also noted the weekly 5 million pound drop in aluminum the manufacturer has managed, largely due to recycling systems. The processes take place at three different plants across the country and have helped produce lighter, less wasteful vehicles.

On its official site, Ford makes no secret of its interest in renewable materials. The company said that aluminum is just one of the recyclable components that will make up three-quarters of each vehicle, along with titanium and magnesium. It's also working on stronger aluminum alloys.

When saving money aligns with green projects, procurement transformation can be a necessity. Incorporating the right data into decision-making and planning out a roadmap takes some of the confusion away.
Procurement News