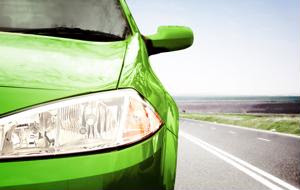 When you buy a car, you expect it to be as safe as possible. Before it hits the market, the vehicle should have gone through a variety of tests and inspections to ensure it's up to code and secure enough to drive. However, one aspect of the car's features might go undetected by consumers: the vehicle's greenhouse gas emissions.

There are laws to protect both consumers and the environment from dangerous pollutants that can come from gasoline. However, not everyone has adhered to them. German-based car manufacturer Volkswagen has skirted these regulations in its recent vehicles, and the U.S. Environmental Protection Agency has ordered the company to make the cars more eco-friendly.

Volkswagen violates environmental laws
According to The Associated Press, Volkswagen fixed nearly 500,000 emissions tests to get their diesel vehicles to pass EPA regulations. The manufacturer installed a device in the cars that turned on emissions control systems only when the automobiles were being inspected. The program is off during regular operation, which allows the vehicles to generate and release an excess of greenhouse gases. Models including Jetta, Beetle, Audi A3, Golf and Passat were falsely advertised as being environmentally friendly.

Both the EPA and the California Air Resources Board are conducting investigations into Volkswagen's practices, as both agencies strictly enforce laws to control carbon emissions. These rules have been around since 2009, when the EPA found that older vehicles emitted a toxic combination of carbon dioxide, methane, nitrous oxide, hydrofluorocarbons, perfluorocarbons and sulfur hexfluoride, the EPA reported. These federal regulations are meant to reduce these pollutants and protect both the environment and public health.

Car manufacturer faces backlash with devices
The discovery has been detrimental for Volkswagen. The company will have to recall nearly 500,000 cars to remove the device and make the vehicles better for the environment. The expenses for these repairs will come out of Volkswagen's pockets, The Associated Press explained. The manufacturer also faces more than $18 billion in fines - approximately $37,500 for each car that needs to be recalled.

Volkswagen was the top car manufacturer in the U.S. in the first half of 2015, but these sales may drop with the recent report, according to the source. Consumers may avoid purchasing from the brand if they aren't sure if they can trust Volkswagen. The company's stock shares have already fallen more than 18 percent to a three-year low, and may continue to do so if problems are found outside the U.S., The Associated Press reported. European investigators may also start looking into Volkswagen's products in other countries depending on the findings of the EPA and the California Air Resources Board.

"The auto manufacturers have to work closely with U.S. authorities to comprehensively clarify the matter," Michael Schroeren, spokesman for Germany's Federal Ministry for the Environment, Nature Conservation, Building and Nuclear Safety, told the source. "We expect reliable information from the car manufacturers so that (German authorities) can check whether comparable manipulation has happened in Germany or Europe."

Volkswagen may need to show more visibility throughout its supply chain so that environmental and government agencies know that it is following through with its repairs and changes to the production line. While the cars are currently safe to drive, they will need to be returned to the manufacturer for upgrades.