Home Procurement News Are manufacturers doing what they can to improve vehicles?

Are manufacturers doing what they can to improve vehicles? 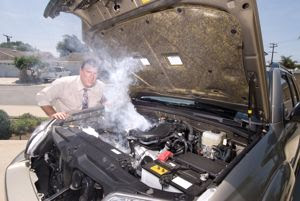 Summer is nearing its end. School is starting up in many places, and the first day of autumn is a few short weeks away. Now is the perfect time to get behind the wheel of your car, roll the windows down and hit the open road. With Labor Day right around the corner, this may be your last chance to take a trip before the cool weather hits. However, you might want to check the automobile recall list before doing so.

This year has seen a 40-percent increase in vehicle recalls since the second quarter of 2014, according to the American Customer Satisfaction Index. Unfortunately, if you have one of those cars, it may take a while to get your vehicle back in top shape, as not all manufacturers are prepared for the number of recalls that have been announced throughout the supply chain.

Analytics not being used by many manufacturers
It's not out of the norm for products to be recalled once they've hit the market. Over time, these items may show signs of wear and tear that may happen more quickly than they should or equipment could malfunction despite passing previous tests during manufacturing. If cars have an issue that interferes with safety or functionality, consumers can return the vehicle or get them fixed by the dealer for free. However, repairing these problems may not be as easy as it should be.

According to a new survey from Deloitte, car manufacturers aren't prepared for the amount of repairs they have had to account for. Only 8 percent use predictive analytics to determine, prevent and prepare for potential recalls. Approximately 24 percent have the system in place but are working to optimize it. Nearly 15 percent don't have predictive analytics at all, despite more than 42 percent expecting more recalls through 2016.

"The essential paradox is this: today's vehicles are among the highest quality ever produced from a safety and reliability standpoint; innovations in technology have accelerated such that manufacturers can now identify emerging safety and quality issues much sooner than before; and, regulatory scrutiny of the auto industry has increased dramatically during the past 12-18 months," said Robert Biskup, the director of Deloitte Financial Advisory Services LLP. "While adequate early warning systems seem within reach, not all are taking advantage."

Big data brings benefits to companies and consumers
Predictive analytics can provide countless and valuable insights throughout the supply chain and the data is especially easy to collect with the new technology manufacturers install in vehicles, LinkedIn contributor Vin Vashishta explained. The Internet of Things provides plenty of channels for this information to come through. Sensors in cars and the Wi-Fi capabilities of many features have increased manufacturers' ability to monitor the health of the vehicles, which leads to greater visibility and safety from assembler to owner. Companies will be able to see if there is a problem with the car before any accidents occur because of it.

Unfortunately, these benefits cannot be realized if companies aren't using predictive analytics. Manufacturers won't be aware of the issue or prepared for the extent of one if they aren't looking at the data they're collecting. While testing prior to releasing the vehicles to the public can help reduce some errors, these evaluations cannot account for the problems that may arise once the products are being used. By taking advantage of ever-improving technology, manufacturers will be able to assemble better cars and prepare for any issues that appear.