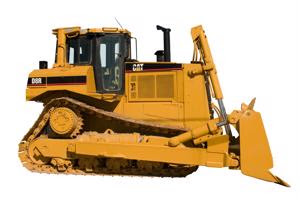 Caterpillar announced that they will be cutting up to 10,000 jobs as a part of a major restructuring plan. The bulk of the layoffs will be implemented in 2015, but the company expects to let between 4,000 and 5,000 people go by the end of 2016.

Caterpillar will be enacting initial reductions mainly among salaried workers, as opposed to the hourly work force. The layoffs come as a part of an overall plan for cost reduction within the company. Once the restructure is in full gear, Caterpillar foresees a total reduction of $1.5 billion annually.

Caterpillar has hit hard times in recent years. The company reported 2015 as its third consecutive down year for sales and overall revenue. If Caterpillar continues on this path, 2016 would mark the first time since the inception of the company that sales and revenues have declined four years straight.

The company has been hard on cuts -both with manufacturing costs and employment - in hopes of remedying their overall financial decline. Since mid-2012, Caterpillar has reduced its total workforce by more than 31,000 employees.

Caterpillar CEO, Doug Oberhelman laments the impact this has had on employees but remains hopeful that this new model will benefit the company's overall success.

"We recognize today's news and actions taken in recent years are difficult for our employees, their families and the communities where we're located. We have a talented and dedicated workforce, and we know this will be hard for them," said Oberhelman.

China's role in the Caterpillar crisis
Caterpillars decline is seen by many as the first real indicator of China's economic slowdown, according to Business Insider. Caterpillar has seen a decrease in sales in the region over the past several years.

The recent falling prices of commodities such as oil and copper, which The New York Times links to China's economic downturn, has affected Caterpillar particularly, as its biggest clients come from the mining business and other commodity producers.

Caterpillar's difficulties are sparking concern for other multinational companies as well. The Chinese market has been a major center for growth for a handful of companies including Apple and fellow equipment-manufacturer John Deere.

In a globally-sourced world the uncertainty of one market can have a ripple effect on the global economy. Hopefully, the problems faced by Caterpillar do not mark a shift of employee cuts for other companies with equal investment in China's market.