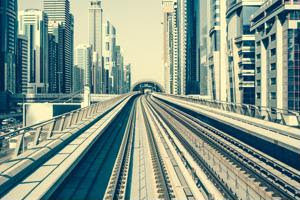 America is long overdue for transportation reform,  according to Gillian White, contributing writer for The Atlantic. "Throughout the country highways are crumbling, bridges are in need of repair, and railways remain inadequate," wrote White.

Obviously, when compared to the high-speed railways of Europe, U.S. transportation is often majorly lacking, but change may be coming faster than anyone had previously thought. The Associated Press reported that a manufacturer may have finally been found for the Amtrak's Next Generation High Speed Rail. A company called Almstom in Steuben County, located in upstate New York, is set to begin contract negotiations with Amtrak reps on Sep. 29.

The high-speed trains would be located in the northeast and the program is estimated to cost $2.5 billion, according to U.S. Sen. Charles Schumer​, in a statement cited by the AP.

With U.S. political debates in high swing, job creation is a hot-button issue and a deal like this could create an estimated 400 jobs within the company and there is the potential for more job creation across upstate New York. Production of these trains would create jobs on every level of the supply chain – from spend management to manufacturers and labor.

Before the selection of Almstom for the project was even relatively solidified, Sen. Schumer showed his eager support for the project by urging the U.S. Department of Transportation to approve the Amtrak project.  Almstom was chosen after some lengthy benchmarking by the leaders of the Amtrak development, and though the report of these contract negotiations has spread, a company spokesman declined to discuss the open Amtrak procurement with the AP.

Whether Almstom or another manufacturer snags this multi-billion dollar deal, the improvement of U.S. transportation is a win for the country both on the transportation front and for job creation as a whole.