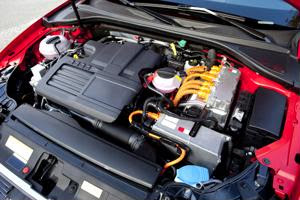 The car industry is facing another blow as Hyundai recalled 47,000 U.S. Sonatas due to engine failures. According to a report by NBC News, the recall involves a manufacturing defect that puts the Sonatas at risk of stalling, increasing the potential for a crash.

The affected vehicles were made at Hyundai's Alabama assembly plant between Dec. 11, 2009, and April 12, 2012. The U.S. National Highway Traffic Safety, in the recall announcement,  stated that metallic debris may not have been fully removed during manufacturing, which could result in oil flow restriction in the recalled cars.

Hyundai is set to mail all affected owners a notification of recall instructing all consumers to contact their local Hyundai dealers to set up a service appointment. Affected owners will receive new engine assembly at no cost, as well as receiving an extended warranty.

This recall follows an expanded recall of Hyundai Accents due to failing brake lights. The company is set to replace the affected brake lights starting Nov. 2. Jim Trainor, a spokesman for Hyundai, declined comment to the Associated Press when asked how much these replacements will cost Hyundai.

Car problems galore
Hyundai is not the only car company to fall under harsh lighting as of late. There was major panic over this year's increased Takata air-bag recall – an expanded recall of the original 2013 report. Eighteen major car companies were involved, including Chrysler, Lexus, Honda and Chevrolet, according to Car and Driver. The recall concerned airbags with improper deployment functions that ran the risk of shooting metal fragments at passengers. Volkswagen has recently been in the news for its rigging of diesel engine emission tests.

This abundance of negative PR for the car industry has the potential to affect relationships with consumers in a big way. Company owners need to take a closer look at their approach to sourcing and ensure there are not holes within their supply chains that could amount to more recalls in the near future.