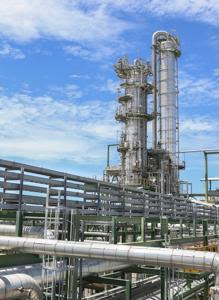 Whether in terms of the machinery it uses or the materials it procures, a company must deduce how its purchases, processes and protocols will impact factory safety. There are numerous federal departments (the Occupational Safety and Health Administration being one of them) that regularly assess the integrity of manufacturing operations.

Nowadays, the purchasing department is contributing to self-audits. Many factories are known for processing hazardous materials, and ensuring that employees have what they need to effectively handle those goods is important.

Pyrotechnics embodies a variety of substances that are highly volatile. According to New York Daily News, fireworks production company Ultratec, which is headquartered in Madison County, Alabama, recently experienced a grievous accident that resulted in the deaths of two workers. Several other employees were injured in the explosion.

The blast occurred on Feb. 13, just south of Huntsville. Sgt. Brian Chaffin of the Madison County Sheriff's Office told the press that one person is in critical condition and three other individuals sustained minor injuries. The family of Aimee Cothran Bearden, who died in the explosion, released a statement that referenced a 1999 accident that happened in the same facility, which resulted in one dead.

"Aimee was killed doing a job she was dedicated to, because she was dedicated to taking care of her family," read the statement, as quoted by the news source. "We hope this tragedy will prevent future tragedies at a company notorious for fires and explosions."

In this particular case, a lack of protocol is likely to blame.

Procuring goods from companies that fail to abide by ideal safety practices may also deter consumers from purchasing certain products. The Agency France-Presse acknowledged a chemical accident at a factory in Igualda, Spain, that occurred Feb. 12, causing a massive, orange chemical cloud. it is believed that the cloud was caused by a reaction between nitric acid, ferric chloride and another substance that has yet to be determined. Nitric acid is known for being corrosive and toxic.

The incident caused Igualda officials to order approximately 64,500 people to stay indoors for some period of time. While the general warning was lifted nearly an hour after the accident occurred, pregnant women, children, the elderly and those suffering from respiratory issues were advised to stay inside for an additional three hours.

These instances are both examples of the dangers imposed by manufacturing. Consistently assessing processes to ensure such issues can be prevented is essential.