Home Facility Management Is McDonald's getting its supply chain right?

Is McDonald's getting its supply chain right? 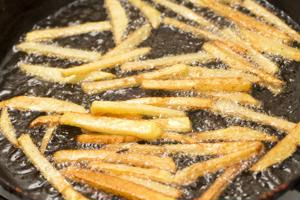 "Who knows what's in that burger?" is a rhetoric question you probably heard your mother say whenever you requested a trip to McDonald's. In an increasingly health-conscious world, even frequent patrons of the fast-food chain are beginning to wonder what went into the chicken nuggets, french fries because it refers to the style of cut, not the nation," says the AP - who knew?} and Big Macs they've been consuming on a regular basis.

McDonald's leaders aren't ignorant of this sentiment, either. After documentaries such as "Super Size Me" and "Food Inc.," people aren't so easily misled by commercials lauding McDonald's chicken-based meals as being made with "all white meat." So, the corporation is adjusting its marketing strategy, but what of its supply chain? Will transparency lead to systematic revision of supplier relationships? For instance, will McDonald's begin sourcing free-range chickens that haven't been injected with hormones?

According to Harvard Business Review contributor Steve New, McDonald's has made some considerable efforts to improve its public reputation in the wake of documentaries that disparaged its brand and a handful of overseas supplier scandals that only exacerbated its poor image. For instance, a recent commercial featuring celebrity Grant Imahara showed the presentation expert holding up a chunk of meat straight off the conveyor belt, lauding it as "wholesome meat!"

Some of you may have cringed, and there's a reason why. Just because McDonald's factories don't put pink slime into meat (if they actually did, the corporation could be sued for false advertising), doesn't mean seeing meat come off an assembly line is appetizing. New noted that, in this case, transparency incites somewhat of a paradox: Although McDonald's is being honest about how it processes its meat, some people may not be interested in actually seeing it - ignorance is bliss, as they say.

In order for McDonald's to undergo a significant positive branding shift, it needs to make serious revisions to its purchasing management practices. Greater visibility into the supply chain is one thing, but choosing which products to procure is another. Triple Pundit's Leon Kaye noted the company isn't standing idle, waiting for its food items to magically become healthy. It recently made an effort to procure 100 percent of its fish from sustainable fisheries.

This begs the question of what a sustainable fishery is. According to Greenpeace, sustainable fish come from operations that maintain financial profitability without contributing to the depopulation of a certain species or negatively impacting the ecosystem in which that breed of fish resides. So, on the ethical side, McDonald's is improving. However, Greenpeace maintained that identifying fish as sustainable is incredibly difficult, as tracking where boats traverse oceanic waters largely dictates their effect on select environments. Whether McDonald's is willing to dedicate the resources necessary to accurately assess fisheries is debatable.

Kaye also noted that McDonald's intends to commence procuring sustainable beef in 2016, which will be a huge step forward in improving the organization's public image. Sustainable beef is often defined as meat taken from cattle in a manner that minimally impacts the environment. In this respect, the definition is somewhat ambiguous: Who's to say a cow being fed corn doesn't reside in a sustainable facility?

It appears that McDonald's doesn't intend to take advantage of this ambiguity. For instance, Kaye asserted that the fast-food titan intends to start off small, providing products made from sustainable beef to Canadian consumers. In doing so, it's setting up its own standards for sustainable beef, emphasizing animal welfare and environmental stewardship.

While Kaye asserted that McDonald's isn't moving fast enough, that's easy to say when a corporation's practices are so ingrained that it makes evolution difficult. McDonald's may still be on its feet in the distant future, and have a redefined brand to boot.