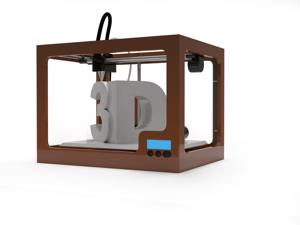 The average aerospace firm's supplier portfolio is quite large. If a company can produce certain components better than another, than it's likely to see business from enterprises specializing in constructing aircraft.

3-D printing may shift the procurement portfolios of many aerospace manufacturers, however. The technology offers a few advantages over assembly-based production, and further development promises to make 3-D printing more feasible for companies interested in transitioning responsibilities to their own facilities.

US aerospace industry ramping up

According to IndustryWeek, U.S. aerospace manufacturing has witnessed positive activity over the past three years, receiving more than $25 billion in investments since 2012. The news source commented on the findings of a study conducted by ICF International, which recorded and scrutinized approximately 2,000 investment transactions from 2012 to the present. The aerospace industry aside, the research acknowledged the fact that many operations and jobs previously established in China are now being transitioned to the U.S.

Reshoring is becoming more popular among U.S. enterprises due to the prevalence of increased factory automation, tempered energy expenses and rising labor costs in China. ICF aviation consultant Kevin Michaels maintained that these elements are a launching pad for the domestic aerospace industry.

"The U.S. has been a magnet for new aerospace investment," said Michaels, as quoted by the source. "Boeing is looking at doing more of the aero structures in its own factories."

Boeing isn't the only company transitioning production responsibilities in-house. One of its chief competitors, Airbus, is using investments from foreign enterprises to open a production plant in Alabama, offering the state 1,000 jobs. The first aircraft will be delivered from the factory in 2016.

Is 3-D printing contributing to this reshoring trend?

To be upfront, 3-D printing is somewhere in the middle between the research and full-scale production phases. Many manufacturers are exercising caution in integrating 3-D printing into their operations, leaving it to others to determine whether implementing the technology is economically feasible.

GE Aviation's operations leaders seem to think 3-D printing can do wonders for their processes. Business Insider noted the firm is investing $70 million in an Auburn, Alabama, facility that will make 3-D printed fuel nozzles for its LEAP jet engine. GE Aviation isn't "taking a chance" with 3-D printing, either - the company discovered that using additive manufacturing to create the fuel nozzles eliminates the need to weld together 20 different parts.

"We get five times the durability," said GE Aviation's 3-D printing leader Greg Morris, as quoted by Business Insider. "We have a lighter-weight fuel nozzle. And we frankly have a fuel nozzle that operates in an environment more effectively and more efficiently than previous fuel nozzles."

In regard to GE Aviation's investment, it's evident that 3-D printing is contributing to the reshoring trend, albeit on a small scale. However, if companies continue to follow GE Aviation's lead, 3-D printing may become a signature component of U.S. manufacturing.

Research as the main driver

As was mentioned earlier, further development of 3-D printing is likely to drive adoption rates. 3D Systems is a major player in the additive manufacturing space, and was recently awarded two research contracts from America Makes and the Air Force Research Laboratory, noted Aerospace Manufacturing and Design.

This move is a clear indication that 3-D printing will become a more prevalent technology in the aerospace industry in the future. Further research and development will advance additive manufacturing's usability and feasibility.