Home IT How should private organizations allocate IT budgets?

How should private organizations allocate IT budgets?

Strategic Sourceror on Thursday, February 05, 2015 IT, 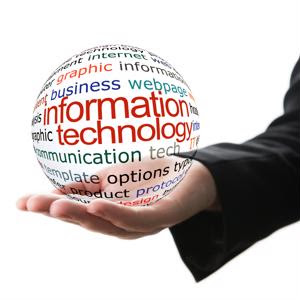 Ad-hoc IT spending can create disaster for an organization's budget, but it's still something that occurs.

For example, in response to increasing bandwidth demands, a team of network administrators may implore their superiors to purchase more cabling to supplement higher usage. On the flip side, a system administrator may approach his or her manager to jumpstart efforts to migrate from Windows Server 2003 to Windows Server 2012 R2.

Basically, priorities dictate how IT budgets are allocated, effectively leaving no room for spend management. This particular practice involves conducting thorough analyses of different facets of an company's IT portfolio. Which assets are over-resourced? What value is a certain solution bringing to the business? These are just two out of a dozen questions spend analysis experts take into account.

In previous articles, we've discussed the fundamental differences between cost control and spend management. StarBev CIO Marcus Johansson and StarBev IT Financial Controller Viera Hraskova detailed in a post for CIO.com how they collaboratively developed a system designed to keep expenses tempered on a year-to-year basis.

Hraskova and Johansson's approach is worth noting because they not only present concrete expense numbers, but they also aim to determine how those numbers correlate with positive output. The duo broke down expenses into the following categories:

In order for this system to truly succeed, a spend management team must apply business intelligence tools to make more granular assessments. For example, suppose that in response to high traffic congestion in a corporate network, which hinders employees from accessing critical, cloud-hosted applications, the networking team advises the business leaders to install more bandwidth. After the project is completed, the spend management group must weigh two factors against each other: the cost of purchasing and implementing new network assets, and how long on average it takes employees to complete tasks that require technology.

The bottom line is to be able to produce context for the financial numbers within an IT spend portfolio. This involves not only deducing which areas received monetary support, but how those sub-departments' investments impacted the business as a whole.

Don't get caught up in the hype

Spend management projects shouldn't be conducted with underlying emotions influencing management. Consider the hype surrounding cybersecurity lately. Now, think about how some journalists have reacted to studies saying only 36 percent of asset managers are highly likely to increase spending on data and hardware protection in the next 12 to 18 months - a statistic formulated by Money Management Executive.

Some "analysts" regard the aforementioned finding and assert that business professionals don't take cybersecurity seriously. However, it's not too often that these professionals speculate as to whether or not companies already allocate a significant portion of their IT budgets to support cybersecurity initiatives. In addition, there are some organizations that do not require the most stringent data defense guidelines, but this factor is rarely considered either.

In summation, do what's right for your business. Although discussions of data breaches, virtualization and other IT topics may stir up emotions, take an objective look at your IT portfolio to see what improvements need to be made, if any.