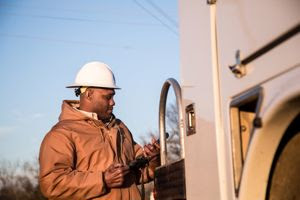 While members of the United States government have discussed long-term green energy production goals, concrete federal mandates have yet to be established. In other words, no federal regulations are obligating U.S. utilities to procure 30 percent of their power from renewable resources.

However, that's exactly what some states are doing. The Manhattan Institute for Policy Research noted that California recently implemented legislature that obligates its utilities to purchase 33 percent of their energy from green resources by 2020. While a five-year stretch does provide power companies with the time they require to diversify their energy portfolios, the costs associated with adjusting operations to accommodate input from renewable resources can be quite expensive.

The desired effect doesn't line up

The purpose behind California's law is to "reduce harmful emissions and spur job growth," according to the Manhattan Institute. However, the source maintained that this isn't necessarily the case, and further explained that such regulations have been developed without scrutinizing the impact this will have on both utilities' bottom lines and consumer electricity prices.

In fact, the Manhattan Institute asserted the price of renewable energy, combined with the cost of constructing new transmission lines to distribute it, may actually be detrimental to the economy and outweigh any ecological benefits. Analysis has discovered that coal-dependent states with renewable portfolio standards increased the price of electricity by 54.2 percent between 2001 and 2010 - more than twice as expensive as energy produced by coal-dependent states without RPS mandates.

These factors have spawned discussions regarding the feasibility of renewable energy. A general disconnect exists between independent analysts charged with assessing energy pricing in governments that impose RPS laws and the public bodies that laud green power as affordable and progressive. Members of the Division of Ratepayer Advocates, an independent consumer advocacy branch of the California Public Utility Commission, have asserted that expensive renewable energy will hamper Californian utilities' efforts to diversify their power portfolios.

The National Renewable Energy Laboratory provided a breakdown of the costs associated with integrating green technologies into utility procurement portfolios, but noted the values as "rule-of-thumb" information, meaning the statistics provided may differ among states. Nevertheless, the organization's numbers show why utilities are apprehensive about statewide RPS mandates. NREL noted it costs $3,344 per every kilowatt of solar electricity installed in a project that involves deploying 100-1,000 kilowatts.

These expenses may cause some lawmakers to rethink the implications of instituting RPS mandates. The metric cited above not only takes into account the actual price of solar-generated electricity by itself, but also the expenses associated with adjusting existing infrastructures to accommodate both consumers and new plants adequately.

Are base prices for renewables decreasing?

Despite the concerns highlighted above, The New York Times maintained that cost of delivering electricity from wind and solar power plants has "plummeted" over the past five years, and went as far as to say that green energy generation is now more affordable than coal or natural gas. This starkly contrasts the estimates developed by the Manhattan Institute, but how the news source's data was aggregated was not detailed.

Then again, prices for wind and solar may simply be lower in some regions than in others. In general, the Great Plains and Southwest have been characterized by low rates for renewable power. Austin Energy, for example, recently finalized a 20-year contract with a solar farm that will sell electricity to the Texas utility for less than 5 cents per kilowatt-hour. In addition, American Electric Power Managing Director of Renewable Energy Jay Godfrey noted the Oklahoma-based utility purchased wind energy because "it made sense for [American Electric Power's] ratepayers."

Essentially, implementing mandates may not be the solution. Rather, natural competition among power providers may produce the results environmental advocates are looking for.