Home IT Reshoring may be hampered by environmental standards

Reshoring may be hampered by environmental standards 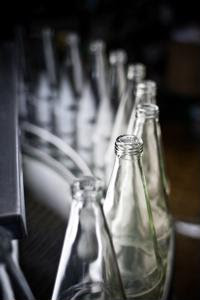 The subject of reshoring is one that U.S. manufacturing procurement officers observe with a realistic eye. While there are numerous challenges associated with establishing domestic production operations, such as establishing the ability to reduce supply chain risk, quickly adjust output in response to variable demand and decrease market delivery lead times, sourcing from U.S. mines is notoriously difficult.

Now, another issue has entered the picture: the impact new manufacturing operations will have on the North American ecosystem. Health, environmental and industry proponents are locking horns in a contest that may ultimately decide the future of U.S. production.

According to Manufacturing Business Technology, the U.S. Environmental Protection Agency recently proposed a nationwide reduction of the threshold of ground-level ozone, or smog, from 75 parts per billion to between 65 PPB and 70 PPB. Currently, certain regions of California are contending with smog levels well above this limit - Greater Los Angeles areas average 107 PPB, while the San Joaquin Valley stands at 94 PPB.

Ground-level ozone is quite harmful to humans, and is connected to health problems such as asthma, respiratory failure and even premature death, according to Dr. Robert Haley of the Dallas County Medical Society and the Texas Medical Association. However, MBT Magazine noted that Texas Commission on Environmental Quality Air Quality Director David Brymer maintained no connection between smog and public health.

Lorraine Gershman of the American Chemistry Council asserted that current ozone thresholds are already stringent, and many communities are struggling to meet those levels. Another ACC representative, Lindsay Stovall​, maintained that reducing the limitation to between 65 PPB and 70 PPB would cause manufacturing growth to either "slow or stop."

Smog is caused by various chemical processes involved in many manufacturing operations. Output and the type of the gases released into the atmosphere largely depend on the products certain companies are producing. However, power plants and the energy used to fuel factories contribute to the smog creation, which presents an interesting question: Is it economically viable for manufacturers to use alternative energy to support operations?

The International Renewable Energy Agency (IRENA) released a study in the summer of 2014 that discussed the issue and analyzed how the global manufacturing sector can achieve a larger green energy portfolio from 2010 to 2030. After completing its research, IRENA discovered 400 "realizable" opportunities for companies across 26 countries to feasibly integrate green energy into their portfolios. Apparently, 74 of those opportunities were in the manufacturing sector.

As of now, IRENA found that production firms are set to increase green energy usage by a mere 1 percent over the next 15 years. However, if IRENA's renewable energy options are put into action, and assuming the costs associated with biomass sources and solar energy decrease, manufacturers could derive 27 percent of their energy from green energy.

So, solar appears to be the attractive option in regard to heat generation. Yet regarding solar as an economically viable alternative isn't necessarily practical, although advances appear promising. Researchers at the University of California San Diego Jacobs School of Engineering recently created a nanoparticle-based material that can absorb and convert more than 90 percent of the sunlight it captures into heat. Furthermore, it can can sustain temperatures greater than 700 degrees Celsius - a huge step above today's conventional solar panels.