Will truck fleets support the rise of compressed natural gas? 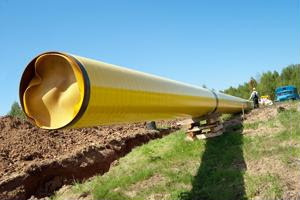 Those in charge of spend analysis at logistics firms may have taken a glance at the price disparity between compressed natural gas and diesel fuel. The former fuel source is much cheaper than the latter, but procuring CNG would mean replacing vehicles.

The transition wouldn't have to occur over night - gradual integration into existing fleets is the best approach to take. However, there aren't many gas stations distributed throughout North America that sell CNG, which complicates distribution routes for logistics companies. Is it only feasible to use CNG-fueled trucks in certain regions? How fuel-efficient are CNG vehicles? These are just two out of a list of questions logistics firms are asking themselves.

Is the price right?

From a cost perspective, CNG looks attractive as prices stand in the present. CNG provided a graph to interested parties regarding the cost of energy derived from fossil fuels. As of now, the average gallon of CNG costs $2.11, while the same measurement of diesel stands at $3.89 - a huge disparity that has certainly caught the attention of spend management professionals.

While these are certainly attractive figures, logistics firms know the volatile nature of the fossil fuel economy all too well. Predictive analytics and other tools can help fleets prioritize shipments according to projected fuel expense figures, but these applications can only get a company so far.

Are the locations workable?

As far as location is concerned, the U.S. Department of Energy's Alternative Fuels Data Center noted there were 791 CNG stations located across the country. High concentrations of these stations were in Oklahoma, the Wisconsin side of Lake Michigan, New York City, Los Angeles, the California Bay Area and Salt Lake City, among other areas.

Given these statistics, it's certainly feasible for a logistics company to set up operations with CNG fleets. Thanks to GPS analytics and Internet-connected devices, cloud-based fleet-management tools will be able to assist supply chain management firms in orchestrating routes that factor in CNG stations. However, if a business participating in this industry doesn't have such technology in place and wants to use CNG trucks, procuring the software and physical assets necessary is a must.

How expensive are the vehicles?

Some fleet administration experts would assert that the trucks they have at their disposal don't need to be replaced. For others, the case may be different, but the upfront cost of procuring CNG freight vehicles may cause them to shy away.

Clean Logistics Consulting President and Founder Patti Murdock has been a strong support of the energy, but she also recognizes the drawbacks associated with CNG. While the price-per-gallon appears enticing, she acknowledged that CNG trucks typically get 10 to 15 percent fewer miles per gallon than diesel. The expense savings can only be realized when​ a truck's trips are long.

"You want to look at your network very carefully and understand the options. This is not a fuel where you can just pull up and fill the tank when it's low – you have to be more strategic about it," said Murdock in a video on SupplyChainBrain. "A truck needs to log 80,000 to 100,000 miles annually to justify switching to natural gas."

Can CNG be used as a differentiator?

For logistics companies looking to leverage their use of CNG as a marketing strategy by claiming it's more environmentally friendly than diesel, they're out of luck. USA Today referenced a study conducted by 16 scientists from federal laboratories and seven universities, which found that while natural gas is cleaner than diesel, extracting it releases methane gas, which contributes to global warming.