Analyzing the environmental case for nearshoring 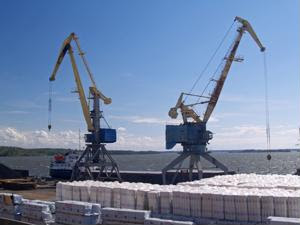 Reduced shipping costs and risks aside, enterprises working to integrate sustainability into their practices are beginning to acknowledge the detrimental effects maritime transportation has on the world's oceans.

Although it's unlikely these concerns will break the bonds forged by global sourcing, they have caused purchasing managers to consider establishing relationships with suppliers located closer to their primary operations.

The affects of oceanic distribution

The World Wildlife Fund acknowledged several ways in which maritime shipping impacts aquatic environments. For one thing, oil and chemical spills have lasting effects on the areas throughout which accidental spills occur. From a cost perspective, accidents such as these also drive up expenses for enterprises that have established procurement contractors with overseas manufacturers. The WWF also cited the following issues;

As far as trade frequency is concerned, the WWF maintained that 90 percent of all trade between nations is conducted through oceanic transportation. In 2003, an estimated 6.1 billion tonnes of cargo was transported by sea, covering 3.7 million miles. U.S. and Canadian companies can reduce this traffic by connecting with domestic and South American production firms.

According to Maritime Executive, the IMO Maritime Safety Committee recently made the decision to implement a rule that will require shippers to weigh loaded containers before they are distributed by sea on the grounds that such measures will improve worker safety and prevent pollution.

The correct weight of said containers - also known as the verified weight - can be discovered by either weighing the containers at a designated weigh station or deducing the weights of the individual items within the units and adding these to the containers' net weight. Denmark has advocated for such measures for quite some time, and a select few companies already employ this rule.

Two factors have contributed to the creation of this mandate: