Product counterfeiting: A key concern of the modern supply chain 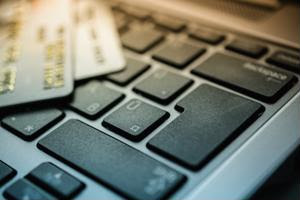 When a person pays top dollar for a brand-name product, he or she expects to receive that item - no exceptions. Therefore, if a knock-off product were to be delivered to that individual's home, the retailer that posted the item on its website would likely have to contend with legal action.

It's a prospect that merchants would rather avoid, yet it's a reality many of them experience on an annual basis - especially during the holiday shopping season. Purchasing management and supplier relationship assessment serve as the first lines of defense against product fabrication.

According to the International AntiCounterfeiting Coalition, the United States Department of Homeland Security seized counterfeit goods valued at $1.7 billion at U.S. borders and ports in 2013. The IACC maintained that consumer demand for certain products and inadequate supply is inciting the demand for fabricated items. Globally, the trafficking of such goods is growing steadily on an annual basis.

The source noted that counterfeiters typically exploit consumer desire for affordable goods. Overall, this practice negatively impacts the retail industry and its customers in a number of ways:

Obviously, these reasons are enough for enterprises to take action that eradicates counterfeit goods from their supply chains.

As companies such as Amazon offer their customers a wide variety of goods, from electronics to furniture, it's easy for poor procurement practices to let fabricated items fall through the cracks. It's a factor that Alibaba Group, a Chinese enterprise that runs China's most popular e-commerce marketplace, Taobao, has taken into consideration.

Reuters noted that Taobao "has unwittingly become one of the largest counterfeit trading sites in the world," but noted that Alibaba isn't ignorant of this factor. Alibaba CEO Jonathan Lu told the press that the company bears a "serious responsibility in this fight against counterfeits." The executive isn't just talk, either - in January 2013, Alibaba invested $161 million in an effort to identify and eradicate counterfeit products from its websites.

Has the investment led to anything tangible? The source acknowledged Alibaba's reports that stated the company has successfully blocked more than 90 million products from its e-commerce marketplaces. While this is certainly notable progress, China's State Administration of Industry and Commerce discovered that an estimated 10.6 percent of all goods sold through Alibaba's websites were either fraudulent or suspected of being fabricated.

Never leave a supplier unaccounted. For companies such as Taobao and Amazon, which offer merchants the opportunity to sell products through them, conducting a thorough review of their sourcing practices is a must. Although there's an argument to be made that such a tactic would cause some retailers to refrain from using those venues, it's a measure that can ensure a marketplace's reputation or practices are never scrutinized for the worst.