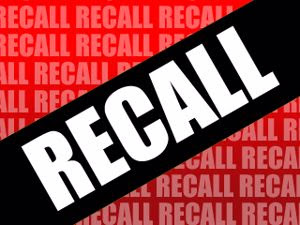 Centralizing the procurement process, diversifying supplier portfolios and assessing the capabilities of each manufacturing partner will allow enterprises to mitigate the impact of or eliminate product recalls.

The expenses at hand

Recalls aren't a laughing matter. Bloomberg Businessweek listed some of the most expensive requests for returns throughout history:

As one can see, the human and monetary costs associated with recalls can be quite ugly. From what can be gleaned by these two incidents, purchasing management professionals should not only assess what materials are going into the products they're selling, but how item design can impact customer safety.

Coffee machine manufacturers aren't exempt from request for returns, either. According to IndustryWeek, Keurig Green Mountain is recalling an estimated 7.2 million single-serve hot coffee brewing units due to a previously unnoticed burn risk. Apparently, users have reported being scalded because of a malfunction that causes the machines to spray hot water. The recall requests owners return their Keurig MINI Plus Brewing Systems, model number K10, with serial numbers beginning with 31.

What can be learned from this incident? While the parts used to assemble these machines should have been scrutinized more carefully by designers and procurement specialists, the construction of the units should also come into question. Blueprinting may not be a direct concern of the purchasing department, but it's a phase that should never be taken for granted.