The Incentive for Governments to Remove Income Tax on Corporations 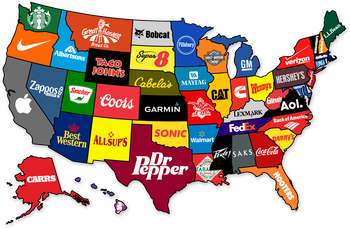 When the United States is in a recession, why is it so hard to see that an easy solution is to remove taxes on businesses and let them utilize more of their incoming money?
When the unemployment rate is not where it needs to be, why is it so hard to see that jobs come from corporations and corporations employ more when they have more money?
When people are faced with the choice of working for minimum wage when they have higher education degrees or be unemployed, why is it so hard to see that we need change.
There are five different taxes corporations in the Unite States face, according to the Internal Revenue Service: Income, estimated, self-employment, employment and excise taxes. Corporations are interested in investing in communities that will give them the best value for their time and money, not in giving their money to government. All levels of government need revenue in order to provide services for their citizens, but corporations provide more jobs than the government do; let the governments tax in other areas.
Corporations are not people (although some people believe they are). If companies are treated like people (especially in the way of taxes) then they are not going to employ as many people as a community would hope for. They are a resource for a community to rely on. Corporations need to keep as much of their earnings as possible so they can bring it back to the community to provide consumers with deeper pockets that help the local economy growing.
Corporations have the choice in deciding where they will employ and most corporations choose to go where the taxes are low; they can not only save a community from becoming bankrupt, they can become more profitable. It is a direct correlation. Where corporations go, jobs go with them. Provide tax incentives and corporations will come and the community will be employed (and real estate value will go up as well!).
Forbes came up with a list “Global Corporate Tax Rates From Lowest To Highest.” Bahamas, Bermuda, and the Cayman Islands are known for places corporations should incorporate (aside from their pristine beaches). Corporations have been taking their business to Malaysia, India, and Taiwan year after year such as Sealed Air Corp, Callaway Golf Balls, and Agilent Technologies. Why should the United States keep losing jobs and income and profits just because the two political parties won’t lower or remove the taxes on corporations?
The United States has 128 companies in the Global 500, according to Fortune, but if our government doesn’t start implementing change to its policies when it comes to taxing corporations, China and Japan will soon surpass us on the Global 500 list.
When it comes to strategic sourcing there are some basic principles: finding the lowest cost with the best value is one of them. How is a corporation going to do that when they have to sacrifice their money just to be incorporated or do business in a country? In order to save money manufacturing, sourcing teams are forced to outsource. Sourcing for services is becoming increasingly more difficult when hourly rates keep going up along with taxes. It is not always a clear answer whether or not to move labor overseas or near shore, but taxing the corporations does not help give them a reason to stay.