Home Directs Is the transition away from GMO sourcing just beginning?

Is the transition away from GMO sourcing just beginning? 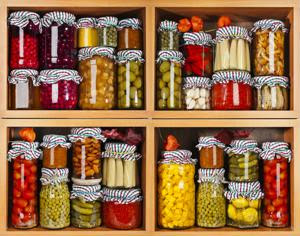 The stance against food products containing GMOs is growing every year, with more consumers advocating for healthier, more natural edible goods. However, farms, ranchers and other participants in the food industry who produce such items are, in many ways, hard to come by.

That's when the "relationship" part of strategic sourcing comes into play. For example, say a group of purchasing officers working at a national grocery store chain is tasked with connecting the brand to organic growers and livestock raisers. Reaching out to journalists who have a vested interest in the food industry, regional supermarket managers and even competitors will help them develop a network of sources they can tap into to procure the kind of items health-conscious consumers are looking for.

One factor grocers pay attention to when purchasing foods that contain GMOs are the labels and packaging manufacturers use. Depending on the audiences supermarket chains are targeting, procuring items that notify consumers of the presence of GMOs may cause some shoppers to shy away.

However, pro-GMO advocates, such as Kansas Rep. Mike Pompeo, have asserted that some public policies mislead consumers into thinking GMOs are detrimental to their health. According to The Associated Press, Vermont recently passed a law that would require food producers to label foods containing GMOs if they choose to sell in the state. The law will take effect in mid-2016 in the event legislative challenges against the mandate are unsuccessful.

Out of legal boundaries

What about the restaurant chains that serve food derived from GMOs to customers? Advocates against GMOs are publicly asking major food service companies to take responsibility, "do the right thing" and procure goods that are devoid of GMOs entirely.

Tom Karst, a contributor to The Packer, acknowledged an open letter written by Organic Consumers Association International Director Ronnie Cummins to McDonald's CEO Donald Thompson asking him to "reject a GMO potato newly approved by the U.S. Department of Agriculture (USDA)." Cummins acknowledged a statement made by a McDonald's spokesman who maintained that McDonald's does not source GMO potatoes, asserting that the chain "does not go far enough."

"It's true that you do not currently source GMO potatoes," wrote Thompson. "But that would be true for any restaurant or other buyer, because there are no GMO potatoes available yet to purchase."

Whether McDonald's will diverge from its sourcing practices depends on the sentiments of its customers.