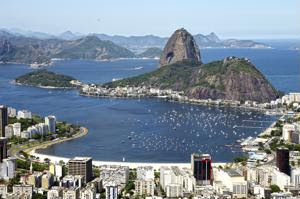 The pace at which Latin American manufacturing is estimated to grow isn't particularly fast, but the past three years have shown stability in this regard.

Low-cost country sourcing is generally the norm among purchasing officers, but the general sentiment among those in the production sector regards Latin American companies as viable partners. The MAPI Foundation found that Latin American factory output is expected to increase 2.1 percent throughout 2015.

That being said, note every country south of the United States border possesses a robust manufacturing economy. There are three nations procurement specialists would do well to pay particular attention to.

From what MAPI discovered, Mexico wasn't a strong contender two or three years ago, as its gross domestic product grew by a lackluster 1.1 percent in 2013. In contrast, Mexican production increased 3.2 percent between January and April of 2014. This health was supported by the following factors during that same period:

As far as next year is concerned, MAPI asserted that Mexican manufacturing output will increase 4 percent throughout 2015.

At first glance, Argentina doesn't appear too strong of an option, as its manufacturing industry shrunk 3.7 percent from January to May of this year. MAPI found that this contraction was due to a 20.8 percent production decline in the nation's motor vehicle sector. Not to mention, the nation is currently experiencing some credit problems - one of them being that the U.S. Supreme Court decided that Argentina has to pay an estimated $15 billion in holdouts.

Yet, this isn't stopping Hero MotorCorp, an Indian motorcycle producer, from setting up operations in Argentina, noted ZigWheels. Next year, a pre-built factory in Columbia is expected to become operational.

A conversation about Latin American manufacturing isn't complete without Brazil. MAPI's report showed that output in the food and beverage and automotive sectors contracted in the second quarter of 2014. In fact, the only industry that managed to stay on its feet was the electronics and computer economy.

Brazil has the labor to sustain large-scale manufacturing economies, but the reason why it has failed to receive the productivity boost it requires is due to its current economic model. The nation's design attempts to fabricate demand through tax incentives, but the supply simply isn't there to satisfy it.