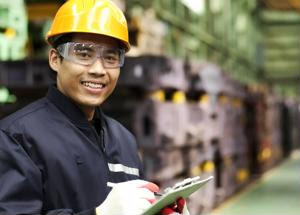 It's a situation the average business professional may regard as something out of a Hollywood film. Still, it's evident that instances of slavery go unnoticed, and many of the people exploiting free labor establish legitimate connections with companies hungry for cheap goods.

This kind of behavior has motivated procurement management officers to carry out thorough assessments of their supplier relationships. However, merely conducting an investigation of a supplier's practices is just the first step - purchasing experts must also examine the contacts of their partners and how they conduct operations.

In the United Kingdom, the nation's Parliament is currently reviewing the Modern Slavery Bill, which contains a clause that obligates large organizations to submit reports detailing their efforts to ensure slavery isn't persisting within their supply chains, Supply Management reported. Baroness Butler-Sloss was quoted as stating that she believes the bill will be passed into law by Feb. 2015.

Butler-Sloss spoke at a Westminster Legal Policy Forum on the proposed mandate in London earlier this month, where she asserted there were between 13,000 and 15,000 slaves residing in the U.K. It is believed the Modern Slavery Bill will put a significant amount of pressure on gangmasters who are controlling these citizens.

How will it impact organizations?

The Modern Slavery Bill is all about transparency, and as such, it will require businesses to scrutinize multiple areas within their procurement processes and supply chains. Butler-Sloss outlined how much of an impact this clause will have on their operations.

"Primark sells clothes. They need to find out not only who makes the clothes, but who produces the material," she told Supply Management. "You need to go right down the supply chain, sometimes 10 or 12 areas, to see the business who's making what's sold in this country."

Education a key step in fulfillment

In order to satisfy the mandates within the Modern Slavery Bill, some companies are already taking measures to ensure their suppliers are not sourcing goods from slave drivers. For instance, Supply Chain Standard noted Sainsbury recently teamed up with the Gangmasters Licensing Authority to instruct Sainsbury's personnel on how to identify labor exploitation in farms, pack houses, factories and processing plants.

GLA CEO Paul Broadbent informed the source that the organization's partnership with Sainsbury demonstrates the latter company's commitment to routing out slavery wherever it may persist. The Modern Slavery Bill signals a time in which procurement officers will soon transform into investigators in their own right.