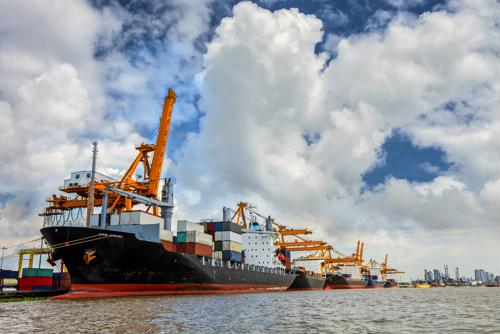 Discussion of possible tariffs to be imposed between the U.S. and China has gone back and forth in recent weeks. It remains to be seen whether the countries will drop harsh penalties on one another or if they'll be content with a renegotiated set of ground rules. With similarly unclear situations involving North American Free Trade Agreement changes and the future of a U.S. role in the Trans-Pacific Partnership, the main lesson for supply chain leaders is that uncertainty has become the new normal.

In a world where global powers are constantly rethinking their trade relationships with one another, risk management strategies have become more pivotal than ever. Comprehensive approaches to dealing with changing circumstances will file political maneuvering alongside rough weather and supplier mishaps as potential causes of disruption. Concern about U.S. and Chinese price changes could be an excellent motivator for companies to update and modernize their risk policies.

The need for visibility
Being able to cope with uncertain conditions in the supply chain means improving visibility, according to Spend Matters. When companies perform analysis on their spending patterns, to multiple tiers of suppliers, they are able to create plans that work around risk, incorporating politics into their calculations alongside numerous other variables. Without this depth of data, companies may not realize they are sourcing items from countries that have tariffs in place until their tier-one suppliers have trouble buying raw materials from their own sources - and raise prices.

Spend Matters' managing director, Jason Busch, told the news outlet that buyers with enough visibility can think out what percentage of their business they give to various countries. If leaders believe sellers in a particular nation may soon be more expensive to deal with due to new restrictions, they can put a hard or soft cap on how much spend goes to those sources.

When it comes to comparing potential suppliers, tariffs are one among many variables worth considering. The costs and risks of shipping are ever-present factors, as are the ease or difficulty of communicating with the companies involved. The costs and value of dealing with organizations around the world will determine the right partners for a given business, and no two firms will come to exactly the same conclusions.

Uncertainty as a rule
The question of whether a trade war will erupt across the Pacific remains open, with The New York Times noting that high-ranking officials in China are not sure what the U.S. is looking for. Does President Trump actually want competing tariffs in place, or is he merely angling to renegotiate trade deals? Business leaders consulted by Chinese officials have passed on the message that there is actual desire to make sweeping changes to the business relationship between the countries. Recent comments on rejoining the Trans-Pacific Partnership have only deepened the uncertainty.

With questions remaining at all levels of the public and private sectors, in the U.S., China and elsewhere, it's wise for company leaders to assume their material price structures may change at any time. The policies they enforce to manage risk may help them stay consistent as trade relationships change.
Procurement News