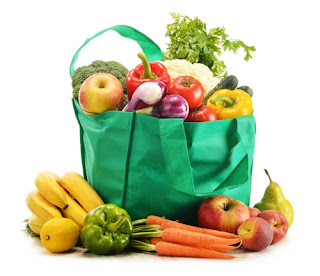 Making supply and procurement improvements in the grocery industry involves a complicated mixture of modern technology and the challenges inherent to the field. The perishable nature of food products means that any attempt to speed up or automate the delivery and on-demand sourcing of items must be matched with technologies that will keep everything safe and fresh.

It's a tall order, and perhaps is also what has kept grocery retail from reaching its full potential as far as supply and procurement excellence are concerned. With so many ambitious and accomplished companies competing within the field, however, innovation always seems right around the corner.

State of the market
Supply Chain Dive recently offered an overview of tech-based progress in the grocery sector. In short, these companies haven't capitalized on new innovations the way corporations in other sectors have. The source quoted multiple industry surveys which pointed to similar conclusions: Complex tech implementations are difficult to pull off, and the expertise needed to make them work may be in short supply.

Staying simple and clear in the creation of objectives and initial strategies may be one way to create better procurement processes in grocery settings. Whether these implementations serve as springboards to more ambitious strategic sourcing initiatives or merely deliver much-needed improvements in efficiency, straightforward process improvements have a place in the grocery supply chain.

Current efforts dissected
The source also gave a few specific examples of grocery stores trying to buck the trend and become more IT-friendly. For instance, the fact that Whole Foods is in the midst of an acquisition by Amazon bodes well for its procurement future. Amazon's online-first nature and ambitious supply practices may vault Whole Foods ahead of its peers.

Supply Chain Dive also noted that efforts to implement consumer-friendly logistics elsewhere in the industry are in progress but incomplete. Kroger and Wegmans have implemented delivery and in-store pickup options in certain regions. These programs, however, come with extra fees. In an online-centric retail industry, that may be a consumer turn-off.

Target gets serious
The Minneapolis Star Tribune recently reported that Target is in the process of scaling up both its grocery offerings and its high-speed delivery system. The retail giant has hired executives with specific grocery expertise. One of these new individuals comes from its fellow chain Wal-Mart, the other from General Mills.

The newspaper stated that Target's focus is on giving its customers a better selection of items in its prepared foods section, as well as bringing in offerings from more brands. The company has also acquired a startup tech firm that could help it deliver goods quickly, ramping up its same-day capabilities. With access to a new network of carriers, Target may be able to create capabilities internally that other firms accomplish through deals with third parties.

According to the Star Tribune, Target's supply chain acquisition forms a bit of a merger arms race with competitors such as Walmart and Amazon. Walmart's deals for Jet, Bonobos and ModCloth, along with Amazon's aforementioned Whole Foods deal, create a reshaped retail landscape, with big-box stores, online marketplaces and grocery all merging into one tech-driven consumer goods field.
Intern Corner, Procurement News