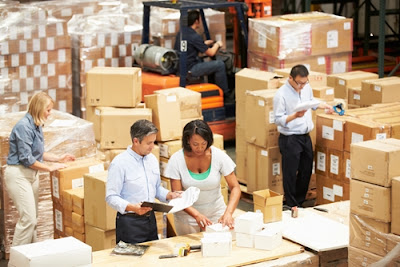 It's hard to talk about freight trucking without mentioning one of the most prominent deals of the year so far. In a recent press release, Knight Transportation announced it would merge with Swift Transportation to create a new company worth $5 billion. The resulting enterprise, Knight-Swift, doesn't just combine financial resources but physical ones as well, giving the new company 28,000 employees to work with.
The new merger
Though Swift stockholders will own approximately 8 percent more of the company than Knight stockholders will, the action does draw attention to the force of this effort. This is especially noteworthy considering current trucking industry concerns, such as a lack of employees and an oversupply of freight.
In the release, Knight's CEO, David Jackson, described the benefits of the new merger and committed to putting both employees and customers first.

"Under this ownership structure, we will be able to operate our distinct brands independently with experienced leadership in place," Jackson said. "We look forward to learning from each other's best practices as we seek to be the most efficient company in the industry. We are dedicated to a seamless transition and ensuring continuity for our customers and professional Driving Associates."
Oversupply and demand
Coming in to 2017, the predictions and figures surrounding freight demand weren't highly positive. A Trucks.com article from October suggested numerous factors making trucking slower than usual, including a low GDP and a low shopper turnout, leading in turn to a surplus for retailers and less of a need for manufacturers to act.
More recently, the American Trucking Associations said that the "annualized rate" of trucker turnover was at a six-year low while large carrier turnover has sunk continuously for four quarters in a row. According to this statement, the figure was at 71 percent as of March 29. However, the organization's chief economist, Bob Costello, said that this is just a sign of stabilization as the market changes.
Looking forward
Oversupply is a hurdle for trucks because it risks leaving companies with too many trucks for a drought in current orders. It also seems that this could be a problem for other industries beyond automotive freight, as well, as a press release from Moody's recently asserted.
That firm claimed that excess aircraft capacity could also be an issue this year, part of a larger challenge to shipping in general. Overall, the source said that earnings before interest, taxes, depreciation and amortization could drop by as much as 10 percent throughout 2017 as a whole, while the growth rate for passenger demand also shrinks. The statement did note that railroads may fare better, with the North American railroads sector possibly growing and grain shipments potentially rising as well.
Controlling resources
In the face of these different factors, purchasing management is crucial. Businesses could look to professional staff and software to promote communication and work with resources for a lower cost. Being able to respond to new fluctuations could help businesses lower waste and deal with unnecessary operations.
Procurement News