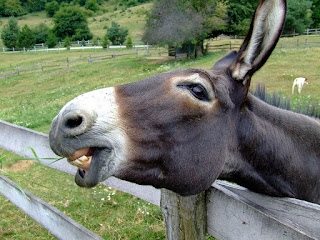 Being in the business of strategic sourcing (and a lot more), the team at Source One has spent decades refining the way we administer RFPs. We understand how important it is to craft documents and communicate with potential suppliers to set the stage for successful future business partnerships.

That’s why it’s particularly painful when we see other procurement service providers running bad RFPs. I’m going to share some excerpts of a bad RFP we received a couple months ago and the surrounding bad communication, which was administered by a third party on behalf of another company, whose name we were not given.

Obviously I’m not going to reproduce the RFP in its entirety or include specific names and such - not just to preserve confidentiality and anonymity, but also to be professional. My intent here is not to viciously malign, but to present a real life, pretty dramatic, example of "what not to do" in a sourcing event. It's all well and good to talk about best practices, but dramatic examples of bad practices stick out more in our minds. Humans are interesting creatures.

Anyway, this bad RFP experience began with 3 (!!) different emails to our general emailbox and a phone call to our CEO (!?) inviting us to the RFP. That sounds like them being really thorough (read: general overkill to compensate for a lack of organization) - but there seemed to be more going on here than simple thoroughness. Here is the written correspondence we received:

Bad Sourcing Team: “Please submit your response to this RFP no later than [two business days from now] as we are running this process on tight timelines.”


Wow, two business days is a crazy fast turnaround on a consulting/services RFP. What happened? Did someone drop the ball and now the client expects their sourcing event to be completed in a week? Or is it that thing where you tell people your party starts at 7:00 when it actually starts at 8:00, so that when they are inevitably “late” by arriving at 8:00, they’re actually on time?

In any case, with a 2 day turnaround, the opportunity is highly suspect. We don't know who the ultimate customer is, and we're being asked to drop everything and respond to an RFP or else lose out on a business opportunity.

I mentioned earlier that we were not even told who the customer is, just that this RFP was being conducted by BPO Firm X on behalf of some other company. That’s Reason #2 to be suspicious of this RFP.  A closed door secret you're-not-allowed-to-know-who-we-are RFP does nothing to make a potential bidder believe that there's a serious opportunity on the table, not just a price shopping exercise.

Even when faced with these factors, Source One is not in the business of knee-jerk reactions and dismissing opportunities. Even with that tight turnaround and limited info on the customer, maybe the opportunity is worth it. We’ve responded to, and won, rapid RFPs when the services requested were a strong fit for our strategic sourcing services, and where there was a clear business case for a long-term partnership. So in this case, I thought, “Let’s not rule it out – let’s first dig into the RFP and find out what the scope is. Maybe there’s gold in them thar hills!”