Can 'Project Gigaton' set a standard for sustainability? 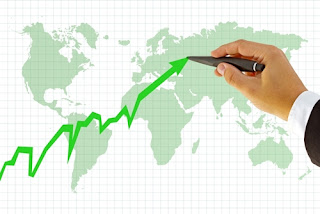 While Amazon and Apple often get credit for sustainability initiatives, other major brands are also making efforts. Among these is Walmart, a company not as famous for "going green" but apparently making the change to be more environmentally friendly.

That can include large-scale attempts across the entire supply chain and technological upgrades. To accomplish all of this, companies may need better benchmarking research to coordinate procurement strategies. Walmart's Project Gigaton, in particular, seems to be at a significantly large scale and could encourage other businesses to plan further into the future than they may have before.

The significance of 'Gigaton'
Though this project seems to have more eyes on it now, Gigaton dates back to last year and perhaps even longer if you consider the previous Walmart environmental policies it builds on. According to the company's official mission page for the initiative, Walmart wants to drop supply chain emissions by 1 billion metric tons, or 1 gigaton, within the next 13 years.

The position has two notable features: its scope and the fact that it's open to other businesses. Walmart has several subsections of emissions control under the same project, including deforestation, agriculture and packaging awareness.


"Walmart has several subsection of emissions control under the same project."
Each subsection (or pillar) comes with its own guidelines for following it, and many companies can choose to abide by these different elements, based on their official industries and which will make the most direct impact. Committing to these pillars can include not just pledging to be consistent, but also to taking note of new results and reporting them.

This open nature of the project is an important factor, since it sets this up as something to invite more companies to take part in. The adaptability spreads throughout the descriptions for the different "pillars." The section on "deforestation," for instance, gives examples of different products a participating business could source sustainably, from food substances to paper.

Better competition
Is part of the motivation behind this undertaking a desire to stay evenly matched with other businesses on a similar level? It seems like the move to innovative green measures could be a way to keep pace, as a recent Motley Fool article said, since some of Walmart's newer options have directly challenged Amazon's own offerings. However, the author ultimately said that the big box business couldn't ever "out-Amazon Amazon" despite its efforts.

As an example of Amazon's own green commitments, it recently launched a deal to obtain forklifts that run on hydrogen and have zero emissions. The forklift provider, Plug Power, could help the company stand behind a future strategy that also sets a tone for further work.

In a statement, Plug Power CEO Andy Marsh explained the decision between the two companies.

"Our hydrogen fuel cell technology, comprehensive service network, and commitment to providing cost-savings for customers has enabled Plug Power to become a trusted partner to many in the industry and we are excited to begin working with Amazon," Marsh said.