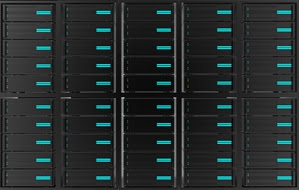 We've discussed the benefits of integrating software into logistics, but there are other ways that data and trucking can work together. Data may dwell in the cloud, but it also requires physical storage centers and servers to support modern transactions. Amazon has a plan which could build on this, with a physical transport that will also move data to Amazon's Web Services. Called the Snowmobile, this truck can reportedly secure as much as 100 petabytes of data in a 45-foot container.

What's intriguing about this model is the way it combines standard shipping with the new promises of the cloud. According to the official Amazon blog, migrating data directly to the cloud can be time-consuming.

The Snowmobile would start by "filling up" with data, almost like an oil tanker, before making the trek to the Web Service itself. A single Snowmobile can reportedly import data over the course of 10 days, transferring data at a rate of 1 terabyte per second. The goal is to simplify logistics for the possibly daunting prospect of the mainframe update, and given Amazon's presence in tech, it's possible to see this as a trendsetter for other similar-minded businesses.

Related concerns
To see this model truly take off, though, Snowmobile and other projects will have to answer certain fundamental questions. Although Amazon still has yet to reveal more information about this process, there are some important things to ask early on to help companies determine if this is right for them:
Managed IT services are important to address both the present and the future of shipping. Connected systems will likely demand more and more data, which could put emphasis on services like this.
Procurement News