Changes in personnel could come with new supply chain realities 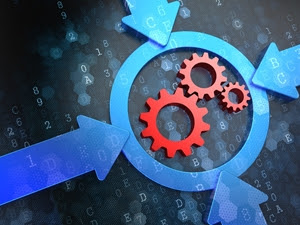 To prepare for changes in the supply chain, we're accustomed to imagining the future. But how far ahead should we be looking? Forbes recently listed some of the ways traditional job titles are set to transform under a digitally altered approach to logistics as far ahead as 2025. Thinking about this can help businesses visualize supplier relationship management and other important factors as the roles governing different actions evolve.

These changes can hammer home just how thorough new supply chain realities are. For example, the source suggested that resource management could become a broader title that represents the next step for sustainability concerns. The source also said that knowing the ultimate commercial impact of a change will also be a serious boon for companies that need to go beyond simply anticipating demand.

For companies struggling to keep up with current trends, these long?-term predictions could seem abstract. Still, it's interesting to remember the role of the individual, especially as businesses look for more technology to add to their facilities. This all falls in line with making strong choices for companies based on efficiency. Talent will have to parallel the concerns of each company, even as those start to shift.

Job loss and automation
One of the big concerns of the use of automation is its impact on jobs. Is the need to upgrade going to cost the workforce? Some may think so, but the overall impact could be more complicated. In a recent talk with The Wall Street Journal, UPS CIO Juan Perez said that the company is both interested in retaining jobs and making "everything" within its company autonomous.

Perez said that the new focus of the company will help meet customer satisfaction, a priority that the Forbes piece also said would come to the forefront in the coming years.

"We now have a generation of customers that are connected continuously through their mobile phones and on their personal computers," he said. "We want to be able to give them a channel by which they can converse with UPS and get answers to their questions very quickly using AI."

Sooner than later
Global Trade Magazine makes the case that automated vehicles could cause major changes to supply chains sooner than later, perhaps even next year. That prediction specifically comes from CEO Elon Musk, but the article also had a list of similar forecasts that all play out over the next few years: the longest-reaching of these is Ford's, which said that vehicle automation will arise as soon as 2021.
However, even though drone deliveries seem to be more accessible now, as the source pointed out, the Internet of Things concept has existed for years. Eventually, supply chain automation could impact the entire supply chain with each piece incorporating some sort of technology.

It's worth noting that just because advances are thought of doesn't mean they will be implemented. It takes strategic planning to make new changes take hold, including drawing from supply chain data before improvements are made. Spend management and other tasks stem from a specific plan that matches the government.
Procurement News