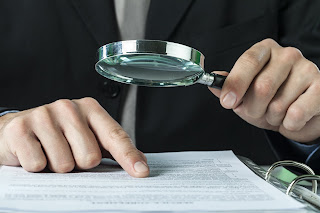 This year has been a difficult one for the marketing agency world and it does not appear it will be end any easier.

Back in June, K2 Intelligence published the results of their investigation of media agencies, detailing the pervasiveness of cash rebates and other “non-transparent practices”. And now, early last week it was announced that certain advertising agencies were being investigated by the Justice Department for allegedly rigging the bidding process for production work to ensure their in-house teams were awarded the business.

The marketing agency landscape consists of both large advertising agencies and smaller, specialized shops, which are oftentimes owned by a holding company. According to the 2016 AdAge Agency Family Tree, the four largest agency holding companies are WPP, Omnicom Group, Publicis Groupe, and Interpublic Group of Cos., each with a network of agencies underneath them. It is these holding companies that are the center of the DOJ investigation.

In recent years there has been a growing trend towards using more specialized shops for services, rather than the large advertising agency. Decoupling, the carving out of production from creative services, has led to an increased number of independent production houses, who are now a more prominent competitor to agency holding companies than ever before. One of the key reasons why marketers decouple agency services is because advertising agencies frequently utilize third parties to supplement services where they do not have the capabilities or expertise. In an earlier post, we discussed how these large agencies are adapting to a changing marketing landscape by acquiring these independent agencies to capitalize on this trend and bolster their expertise in these production services; however, agencies must still compete with production shops to be awarded this business.

For marketers who have not decoupled production services, it is a standard practice for the agency to bid out these jobs to a number of production shops to ensure they are getting competitive pricing for their clients. Typically, that agency's production houses or in-house shops that fall under their agency network is included in the bidding process. The DOJ’s investigation is focusing on whether or not agencies and in-house shops are purposefully undercutting or influencing the pricing proposed by other production shops to ensure they are given the business. Independent firms have come forward stating that they were approached by agencies to inflate their bids under the promise/threat of receiving future business or agreed to provide “check bids” in order to meet bidding requirements. Additionally, following the announcement of the investigation, K2 revealed that during their investigation into media agencies they found similar instances of bid-rigging with creative agencies.

The advertising world has a lot to recover from after the scrutiny brought on by K2’s report, it will be interesting to see how this most recent investigation will impact the landscape in 2017.