3 industries primed to go green in the coming years 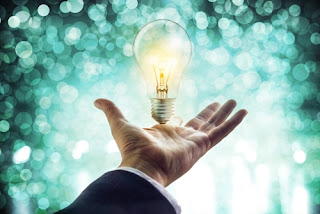 "Greening" the supply chain can be a complicated process, and it's safe to say that many changes are usually needed to make an impact. Businesses that want to embrace sustainability probably won't be able to do it overnight. However, there are a few promising signs that certain areas could make some important shifts soon. The food industry, in particular, seems to be looking more closely at this, or at least aware of it.

Let's examine different stakeholders that could put environmental awareness into action. Low-cost country sourcing/nearshoring has an important role to play in this conversation, too, as managers seek to keep supply chains productive and efficient.

Clothing
The apparel industry has some changes to make to commit to better production for the sake of the planet. To that end, the Zero Discharge of Hazardous Chemicals campaign, or Roadmap to Zero, has emerged. This initiative has targeted various efforts which would mean greener practices for textile and footwear companies.

Recently, it announced a new list of wastewater guidelines designed to address industrial discharge for businesses in these industries. Frank Michel, ZDHC's executive director, emphasized the importance of using a unified rubric to make wastewater goals achievable. The guidelines are expected to apply to businesses around the world.

"The release of the Wastewater Guidelines is good news for workers, consumers and the environment," Michel said. "Suppliers will no longer face multiple guidelines depending on which brand they're dealing with, and brands won't face the challenge of individually ensuring each supplier is complying with their requirements."

Electronics
Perhaps one of the biggest types of goods that needs to stay sustainable is the portable electronics sector, as it symbolizes so much of the future. Companies like Apple naturally come under scrutiny but could also become leaders by continuing to cultivate best practices.

Earlier this year, Supply Chain Digital reported on this, saying that one of Apple's suppliers, Lens Technology, wants to implement an energy plan that draws totally from renewable sources for Apple glass production within the next two years.

Apple specifically wants to focus on revitalizing its "greening" efforts in China in the coming years. A company as large as Apple has to work with multiple others to keep its operations running, so there are opportunities to pursue green changes all over the world.

Strategic sourcing privileges smart, context-sensitive choices for the benefit of the supply chain. This can include a system with a better approach to energy use for the whole chain.
Procurement News