3 predictions for Apple's supply chain in 2017 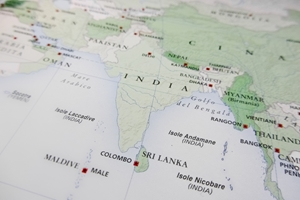 All industries with complex supply chains may learn something from watching Apple in the coming year. The electronics giant has such a large international presence that it's hard not to notice its movements and plans. The company may not be without challenges, but even its potential missteps could be enlightening for other businesses.

With a specific focus on overseas efforts, let's look at the actions Apple is committing to which could have a wide impact in the future - and that could also point to other technological trends that may drive business as a whole:

Many have come out in support of a more energy-efficient approach to the future, and Apple appears to be no different. Quartz recently reported that the company would invest in multiple entities owned by a wind turbine manufacturer in China.

As the source said, this has an impact on the company's image within the country, since China remains an important consumer hub, while also signaling an attempt to work with the larger concerns of global conservation.

The source further said that the wind power would eventually benefit the company's own supply chain, and the resources will one day produce "285 megawatts of clean energy." Following this, we can assume that Apple's interest in clean energy may persist in the coming year, at least.

China isn't the only Asian country Apple could continue to work with. The Wall Street Journal reported that it may manufacture products in India and could be currently working toward a deal for this with the Indian government.

However, this seems to be more of a matter of speculation and deduction than pure fact, since Apple did not comment and Tim Cook, the company's CEO, openly said that there were no plans to start producing in the country earlier this year.

Forbes contributor Tim Worstall also pointed out that most of the benefit would go to Apple, with the Indian economy itself not gaining too much from the company's presence there. This sits in contrast to Apple's work in China, which also benefits the country in addition to the business' sales themselves.

Along with its existing products, observers may want to pay attention to Apple's newer entries. CNET reported on some of these possibilities, including a new Apple Watch and even a product to eventually compete with Google Glass. The article implied that the former is more likely, since the glasses project is still in development and would not be a standalone device, but an extension of the iPhone.

Likewise, the newer version of the Apple Watch could still be some time coming, but Apple at least seems to be considering a new design, with a round face and possible enhanced capabilities for using the watch on its own. Since Apple has often presented itself as forward-thinking, the appearance of some innovations seems likely, even if they are on the quiet side or take a back seat to mainstream products.

Implement strategic sourcing solutions for a step toward the future of the supply chain, and a way to keep up with the pace of modern industry.
Procurement News