Home Best Practices Nearshoring Sourcing from Mexico, the 5 things we have learned so far.

Sourcing from Mexico, the 5 things we have learned so far. 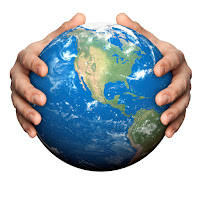 So, while it’s been several year since I began participating on global and nearshoring initiatives for many companies, I have failed to share some of the learnings I’ve experienced that keep being brought up to my attention every time I talk about (or engage in) nearshoring projects. So here are a few basic, yet paramount, lessons to consider on the matter:

1)  The economy is thriving.

Despite the difficult environment driven by a muddy oil dependent economy (over 30% of the government revenues comes from oil exports) which has had a negative impact on Mexico’s currency and buying power (i.e. imports), Mexico has continued to prospect fairly positive growth. The reason behind investor confidence is primarily the set of economic reforms that the government is expected to legislate in critical areas such as telecom and energy. It’s no surprise that many investors are already realizing value in some sectors and fostering exports for the economy.

2)  The right conditions to Nearshore could not be better.

ü  Not only is Mexican labor lower than China’s on many industrial sectors, but is also steady. Let’s not forget that one of the main reasons companies moved to China and south East Asia in the late 80’s and early 90’s was driven by low wages in those countries, this no longer being the case, brings back an advantage to Mexico.
ü  Mexico is moving toward an entrepreneurial economy and the level of competency is rising rapidly. Mexico is producing graduates in engineering and technology at higher rates than Canada, Germany or Brazil and flooding the market with specialized professionals and skilled labor. In addition, many universities, both private and public, are becoming competent business incubators, providing scholarships and offering executive education programs to business executives.
ü  Infrastructure has never been sounder. From railroads to ports, to industrial clusters that support the already established automotive and aerospace industries, companies can move their products much more efficiently and securely through the country and beyond its borders.

One big challenge that we’ve faced when conducting nearshoring engagements is identifying the right suppliers by browsing the web. Many of us will agree that one of the primary struggles is to navigate websites that are dated, unclear, overly complex (in that they will provide too much irrelevant data and too little quality information), or simply in-existent. While some supplier sites may indicate otherwise, these continue to be the exception, and when trying to conduct a comprehensive supplier base for sourcing initiative, using the web to identify competitive bidders continues to be a challenge.

Possibly the more time consuming phase of the sourcing process is keeping suppliers engaged. Ongoing communication is necessary to establish the goals and objectives of the initiative from the get go but also to re-educate them constantly. Suppliers in Mexico will easily assume that a project has been cancelled or they are no longer in consideration if communications halt for a period longer than what they may consider reasonable, and they are unlikely to follow up on their own. Technical aspects such as spam filters may further complicate the flow so ongoing reassurance and instance is important. This process alone will reinvigorate the relationship (and to their eyes) legitimize the business opportunity.

5) There are still many questions.

How is the social instability and drug cartels going to impact our initiative? How mature is the industry in Mexico to be able to support our requirements? What will be the advantages from a logistics and tax perspective?... and many more legitimate questions are brought up to our attention everyday, all of which are resolved based on the unique scope of the initiative. The fact is that a lot of companies do understand the benefits and advantages of nearshoring, so is not a matter of Why? anymore, is a question of Where to begin?

There is so much to say and so much yet to be discovered, the reality is that the nearshoring phenomena is gaining momentum, as we continue to unravel its uniqueness and as the practice evolves we will continue to provide our advice on how to make your initiatives competitive and sustainable.
Best Practices, Nearshoring