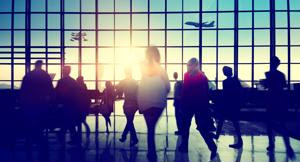 These days, it seems as though there's a major security breach or large-scale hack at least once a week. While the attacks are varied and the volition behind them is just as diverse, neither enterprises nor governments are safe from the ever-present threat of a hack. It appears that hackers have no limits on what they can access, as even the most secure government websites and databases have been compromised in the past few months.

It's also come to our attention that cars with sophisticated software systems are at risk to be taken over by a remote party. And if that isn't frightening enough, hackers have begun interrupting flights by hacking into planes and causing problems for the pilots and air traffic controllers while giving passengers quite a scare. How will this new and unsettling development affect the supply chain?

Mile-high worries
Many people have a fear of flying and these new reports of commercial aircrafts being hacked by its own passengers will not instill confidence in the aero industry. The most recent incident of airplane hacking took place in Warsaw, Poland, near the end of June. According to IndustryWeek, the Polish airline LOT canceled 10 flights after an attack on the airline's ground operations system that left more than 1,400 stranded at the Frederic Chopin Airport.

Fortunately, no one was hurt in this incident, but there are growing concerns over aviation and IT security. Wired recently reported that security researcher Chris Roberts, now under strict surveillance by the Federal Investigations Bureau, claimed to have hacked into an aircraft of which he was a passenger and issued a "climb command," which caused the aircraft to move laterally in the air. According to the researcher, these actions are only possible if the autopilot on the airplane is disengaged, but it still remains to be a concerning issue.

Of course, Roberts was simply investigating whether or not these types of attacks were possible and did not intend for anyone to get hurt, but the prospect of a single person infiltrating the airplane's system and controlling the craft from the comfort of his or her seat is one about which no one wants to think. How will the development of remote plane hijacking affect other aircraft, perhaps ones that carry cargo in the supply chain?

Weak links in the supply chain?
It's become increasingly evident that security systems don't necessarily keep unauthorized parties from accessing databases or software programs, but they do deter them for a period of time. Efforts to keep passengers and property safe should be a priority for aviation security experts. Other than the tragic potential loss of life, there is also an untold amount of money at risk should cargo planes be exposed to hacking threats.

While this will not directly impact manufacturing, but it could very well throw a wrench in sourcing efforts, procurement and delivery stages of the supply chain. Of course, it's easy to muse about the "what ifs" and worst case scenarios of such situations, but we need to figure out the first few steps of prevention and response should these ideas become reality.

In the meantime, the aviation industry has to assuage many fears as it is with threats of terrorism  threats and freak accidents, but that perhaps is part of the price we have to pay for a plane ticket.