Disaster recovery in the supply chain 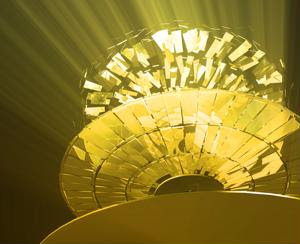 An old adage tells us: "Nothing is certain in life except death and taxes." And while this is true, one could also posit that disaster in an inevitable part of life as well. Not to sound too morose or morbid, but disasters happen and they touch almost everyone in this country, either directly or indirectly. A tsunami in the Pacific Islands may disrupt production of a certain material, which then halts a garment factory because it  no longer have the fabric that it needs to continue making its most popular item of clothing. Then the supply can't meet the demand and no one purchases the other products from the store... and the list of repercussions goes on and on.

Even though we may not have to know what it's like to have a tsunami destroy our homes and communities, people around the globe are still indirectly affected. And much like companies have disaster plans in place to get back to work after their databases get destroyed or infiltrated, all other enterprises, procurement services and supply chain managers should have a backup plan in the event of a disaster.

How does a company mitigate disaster?
To make a long story short, the best way to circumvent a disaster is to not put all of your eggs in one basket. According to SpendMatters, it may be more expensive in the short term to have as few production sites as possible, but it certainly doesn't pay off when one of those factories or locations experiences a detrimental blow. The best plan of attack (or rather, recovery) is to have production spread across multiple locations. In the event that one place goes down for whatever reason, you can spread out its allocation among the remaining factories while everyone attempts to rebuild the first factory in question.

While it does seem as though this might be a pessimistic view, optimism can only get you so far when your production has come to a halt.

The source noted that diversification and thorough disaster planning are some of the best practices to reduce the impact of a disaster on a given supply chain. Spreading out your production is not only safe, but it puts your company in contact with other suppliers and procurement specialists, and it never hurts to have multiple associates on your side in the event of an emergency.

Continuity is key
After you've ensured your staff are all safe and accounted for, the next step is to get your other locations to pick up the slack. And while TechTarget reported that it's next to impossible to form a fool-proof strategy that will make for a seamless transition, it's important to stay as consistent as possible. The companies to which you supply your merchandise have contracts that they are responsible for fulfilling. If everyone works together, and is transparent in their shortcomings, businesses may find a new normal until the original business model is up and running again.

It can be really hard to come back after a disaster. But the main thing is to try to return to the former state of operations in order to satisfy contracts and keep up business relationships. And while not every business will survive a disaster, it is sometimes possible to make the most of a bad situation and stay afloat even in times of hardship. Getting a disaster recovery plan in place is not only a prudent decision for the sake of the business, but also for your peace of mind.