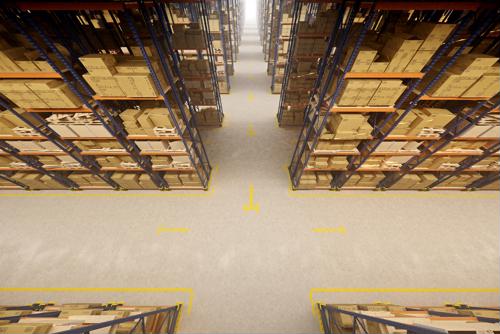 One of the big trends many supply chain experts projected as the novel coronavirus pandemic wore on was more companies shifting to hyper-local suppliers. For the most part, this prediction seems to be coming to pass in a big way, and a recent announcement from the world's biggest retailer underscores this point.

Walmart announced that in addition to its $250 billion investment in buying American-made products, which began back in 2013, it is now rededicating itself to that mission with an additional $350 billion. This new massive effort is going to be focused on several key types of products or services: plastics, textiles, small appliances, food processing, pharmaceutical manufacturing, medical supplies and goods not for resale.

"U.S. manufacturing really matters," John Furner, president and CEO of Walmart's American operations, said in announcing the plan. "It matters to our suppliers, to entrepreneurs and to the environment. It matters to our customers - more than 85% of which have said it's important for us to carry products made or assembled in the U.S. And most of all, because of the jobs it brings, it matters to American communities and the people who live in them."

What's the impact?
As Furner mentioned, localized supply chains can have a major effect on the carbon footprint of even small companies, so for an industry titan like Walmart, this could have an even more appreciable impact, according to BusinessWorld. In particular, international shipping methods, such as sea and air freight, produce more carbon than even overland driving. While it is sometimes unfeasible or even impossible to source domestically or locally, the more companies can do to create options for themselves can be hugely advantageous.

Many companies aren't necessarily trying to reduce their carbon footprints for altruistic reasons, but rather because the pandemic highlighted the importance of doing something they had been trying to attain anyway: efficiency and flexibility, the report said. Of course, the smaller carbon footprint produced by any firm's supply chain isn't purely a happy accident, but the benefit is the same no matter why it's being sought.

Pros and cons
When it comes to local sourcing, companies have a lot to consider, according to Alibaba. Much like a smaller footprint, it can be a PR win, but it also provides more transparency in terms of costs, ship times and more. That, in turn, can translate into more predictable operations on your end. However, when sourcing locally, you might not always be able to find the kinds of products you need in a timely fashion, or they may not be of the highest quality. Moreover, your costs could rise.

For these reasons and more, it's important for companies to look at all their options and determine what will become their primary plans, what should be held as a contingency, and when to pivot to ensure smooth operations. The more you do to lay out these efforts, the better off you are likely to be.