Home Procurement News How much damage did the Ever Given saga do to the global supply chain?

How much damage did the Ever Given saga do to the global supply chain? 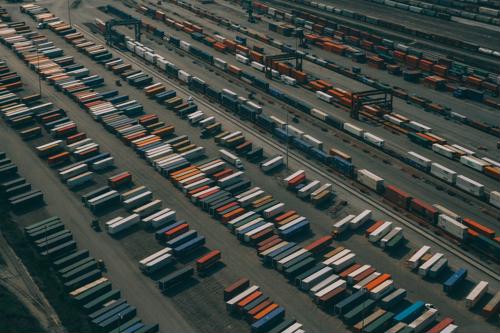 In late March, the world watched with keen interest as the cargo ship MV Ever Given ran aground in the Suez Canal. The vessel effectively blocked a huge percentage of global trade for several days, to the extent that many other ships opted to sail around the Cape of Good Hope en masse for the first time in more than 150 years.

However, because of how backed-up things became, experts quickly turned to discussing the cost of the Suez's blockage in terms of dollars and productivity for the entire global supply chain. Suffice it to say, that impact was significant, with nearly 400 ships stuck behind it — especially considering that, according to the BBC, roughly 12% of all daily global trade typically passes through the Suez Canal.

By some estimates, the average value of that trade is as much as $9.6 billion on a daily basis, because up to 3.3 million tons of cargo goes through the canal every single hour, the report said. And in terms of the time it cost other ships, it's more than significant: When the canal is open, a trip from Taiwan to Rotterdam takes about 25.5 days and spans some 10,000 nautical miles. Any ships that chose to go around the Cape of Good Hope would have seen those trips expanded to 34 days and 13,500 nautical miles.

Beyond the immediate impact
As with many other things in the global supply chain, the effect of the Ever Given crisis is something that is expected to have rather a long tail, according to NBC News. While the canal itself is finally open again and ships are streaming through it as usual, the backups at ports around Europe are expected to persist for some time, meaning that these delays may be unwinding weeks from now.

Beyond that, however, any perishable goods that were held up in the course of the saga are now that many days closer to expiring or spoiling. By the time they're unloaded from their ships, they may be entirely worthless, the report said. As a result, many companies are likely to have to file insurance claims for these shipments, and may not see their initial investments recouped for months or more.

Determining liability
The other thing to consider here is the impact the blockage will have on the entities specifically involved in the Ever Given and the management of the Suez Canal, according to USA Today. It is still not fully understood what caused the vessel to run aground in the first place, and there is sure to be a lengthy investigation into the issue in the days, weeks and months ahead.

After that, there will likely be years' worth of litigation surrounding the findings (in no small part because of the financial fallout), which may be especially complicated, the report said. The Ever Given is flagged in Panama and owned by a Japanese company, but the shipper was based in Taiwan — and of course all this occurred in Egypt, which adds another complication.

Certainly, this is an incident that highlights the importance of companies having contingencies for their contingencies when it comes to global shipping.